The A/C hotel is on the adjacent lot to the north. My understanding is that the owner of Cornerstone has plans to combine and develop the former Eden Lounge space together with Snoopy’s.

Any details on the potential development? Would that mean Snoopy’s would go away?

Yikes. I’d be happy for Snoopy’s to go away because I don’t eat hot dogs, but for another cornerstone bar? I feel like there will be riots

Cornerstone owner getting into bigger developments, so not necessarily another bar. And I’m not sure the Snoopy’s property is a done deal yet.

Snoopy’s founder died just a few days ago, too.

Closing in on Char-Grill.

Old XoCo location is in fact refurbishing the chairs. Take that for what it’s worth.

Great attitude. He doesn’t eat there therefore is incapable of recognizing its value and will cheer on its destruction.

I suspect the city will shoot him down if he attempts any more cheeseball bars like down the street. I wonder if he will park is douchebag “Lambo” in front of this too?!

I thought the lambo was the owner of Alchemy? Or are they the same person? It’s always parked on Salisbury in front of Wells Fargo on weekday mornings.

It’s the same owner under the umbrella of “Oak City Group”. And yea he parks out front of the Wells Fargo building like he owns it.
I think he even tried to buy the on-street parking in front of Alchemy from the city for his car. 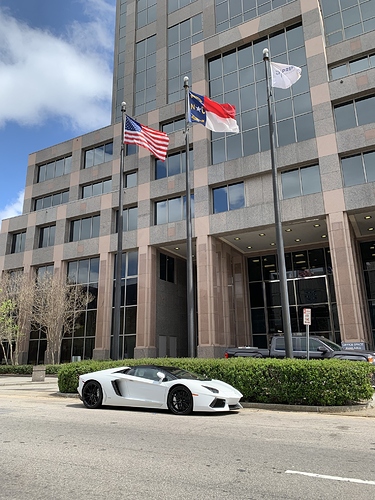 Correction: He put a “Valet only” sign in front of Alchemy where there was PUBLIC STREET PARKING so that he could park there, got called out, city fined him, signs were removed. He tried to literally just claim public street spaces. He is a flaming douchebag.

I knew it was something stupid along those lines, but couldn’t remember exactly.

The Snoopys building is disposable. It is an old gas station with no defining features other than that it is painted brightly. It is the farthest thing from a landmark. The building does a terrible job of holding the corner and is a waste of very valuable space.

I do not mind the business though…

Maybe they can move into one of the shipping container spots at Block 83 across the street or something. Or maybe they could merge with Char Grill somehow.

But for goodness sakes let’s not get attached to the building that Snoopy’s is in.

That, and it’s not even the original Snoopy’s. If we’re going to block development to save any Snoopy’s, it should only be for the OG Wake Forest Rd location.

I agree with those who say that the Snoopy’s is not significant. Only the CharGrill is really significant on that block. I can’t imagine that corner remaining Snoopy’s for long. Even the tastes of the consumer has changed with the younger set preferring the fare at places like MSFH and Weaver Street. Once again CharGrill distinguishes itself due to the experience of going there: writing on the strip of paper, sliding it through the window and down that slide, and then watching it being cooked before your eyes. That’s actually pretty special.

This may need to be its own thread, but maybe not yet.

I’m told the 4 houses that make up Cornerstone and whatever is exactly occupying the others one weekend to the next have changed hands and are going to be replaced with a multi-story development. The person who told me this said he got it from the property owner but didn’t have any specifics. He also said it wasn’t an immediate project.

Looking at iMaps it doesn’t appear the ownership is consistent between those 4 lots nor the one facing Johnson that would make up a larger square with the 4 facing Glenwood, so maybe the transaction hasn’t happened yet?

Edit: The 4 facing Glenwood are DX-7-SH while the one facing Johnson is DX-5, so perhaps a rezoning would play in for the Johnson St. lot.

Not familiar with Cornerstone - what’s the address?