Representatives from GoTriangle’s commuter rail planning project will be back the DTRaleigh Community on Feb. 3, 2023 from 11am to 12pm EST! It turns out it is physically and financially realistic to have all-day regional rail between Durham, Cary, Raleigh, and Garner, but there’s a few design compromises and delays that would have to happen to make it possible.

Click here for an interactive summary of what a future upgrade for our region could entail.

If you’re new to this website, please be sure to make an account (it’s free!) so that you can post questions and be a part of our community! Anyone in the public can read this thread, but you must be a signed-in member to participate.

I’ve noticed that ridership projections for the Eastern and Central options are equal at about 4000 daily boardings. I’m assuming this is working off of existing development and transportation patterns and not factoring in potential transit-oriented development. As I’m sure you know, proper TOD could dramatically influence those numbers, especially with consistent all-day headways.

That said, will the prospect of TOD and its influence on ridership be taken into consideration when selecting a corridor? Similarly, how much of a push will there be to encourage municipalities on the corridor to implement TOD in station areas? I have very high hopes for this project and want to see it succeed, but it’d be really unfortunate to spend such effort and resources only to end up having two-thirds of the stations looking like this: 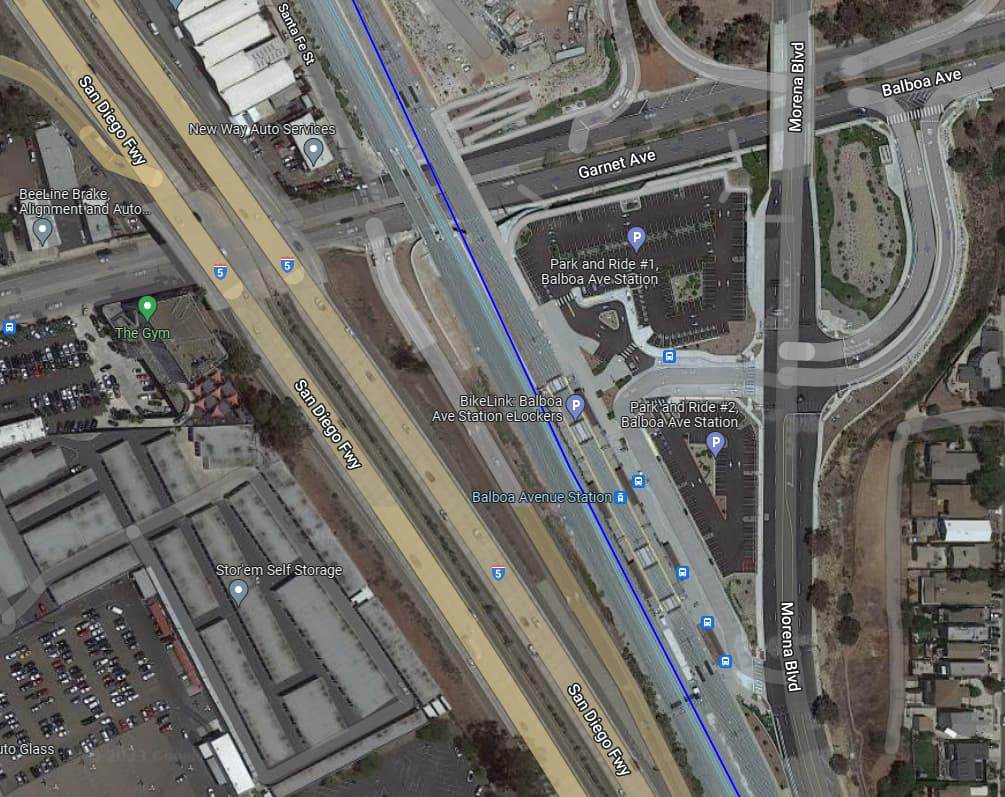 Thanks so much for doing this again and for your continued efforts to increase transportation options and reduce car-dependency in the Triangle!

I’ll take a stab at some questions, too. But before that, thank you, again, for willing to come back and talk to us, @GoTriangle!

I recognize that several of these questions are very blunt and probably difficult to answer. However, please know that as a regular GoTriangle rider (and as the person who helped facilitate this AMA), I mean this as a genuine question with no intentions except to strengthen our region’s chances of having serious mass transit infrastructure.

Has any thought been put into branding the train line at key high-visibility locations? For example:

This may seem silly, but I think sexy branding is important in general, and especially at high visibility locations like highway crossings. Reference: Brightline

That’s a great idea they could advertise it as “The crawl below us frustrating you well we’re riding with style”.