Not government conferences. They should not waste money on that crap, spend it on burnt out street lights and pot holes.

I’d guess the Midtown Alliance is aiming for an exclusive route for elites circulating between DT and NH away from the unwashed masses on the local buses.

Would bet dollars to donuts on this being the impetus

Looks like the exact location of the East Raleigh Transit Center (park-and-ride and terminus for the New Bern BRT route) has finally been selected, per today’s Route Committee meeting. Appears the BRT stop itself will actually be on-street, assuming that’s what the yellow highlight is indicating. Was expecting an off-street bay, but maybe not? 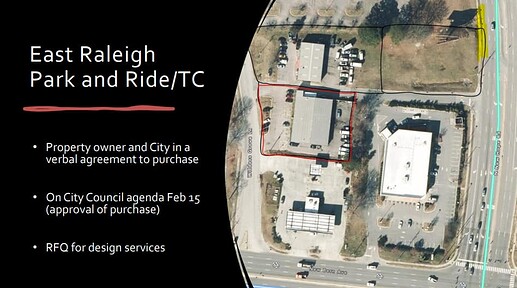 What do the three parcels in the black/red outlines mean, then?

I actually assumed it would be on-street (but off to the side), sort of like the Eubanks Rd. park-and-ride in Chapel Hill:

You want BRT to have the shortest loitering time at the transit hub. In and out asap. The regional buses are cycle through the hub and wait on scheduled departures.

That’s fair, but I figured dwell matters less when it’s the end of the route. On the flipside, an on-street facility makes a future extension to Knightdale much more feasible. Y’all think a curbside bay or bus-only lane should be included here?

I think an offroad bus terminal would be best in the long run, but we don’t need such a huge investment anytime soon. I think a shift in behavior needs to come first (through having any kind of frequent buses + safe walking environments). Once we have that and get new developments that are more people-oriented, then I think we can have that conversation.

Also, it’s already on the public record that BRT stations around this transit station will be curbside pullouts. We saw these sheet drawings last summer: 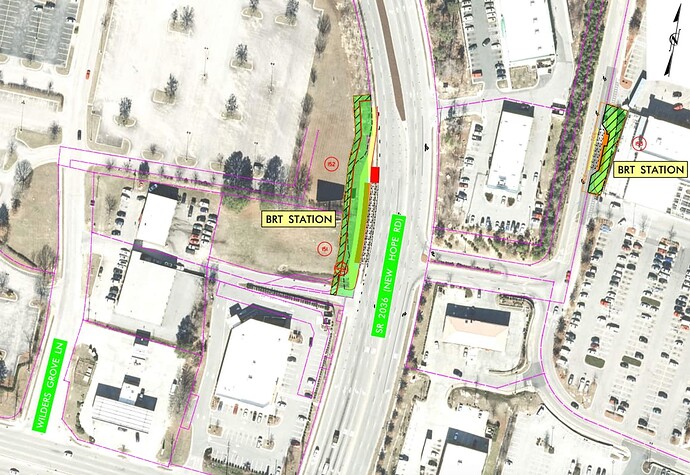 It takes time to get in and out of the facility, and the BRT may be running frequently enough where the schedule is determined by frequency headways and not by clock-facing headways (meaning buses are scheduled to provide service every X minutes at a location rather than at :05, :20, :35, etc. like most local routes)

Got it, makes sense. So this raises a different question… what’s with the two stations? I guess it’s so they don’t have to put a crossing to Walmart, but man, I hate how car-centric that approach is. Kind of seems like a waste to put two stations that close to each other essentially going in the same direction. Like, is this the routing? 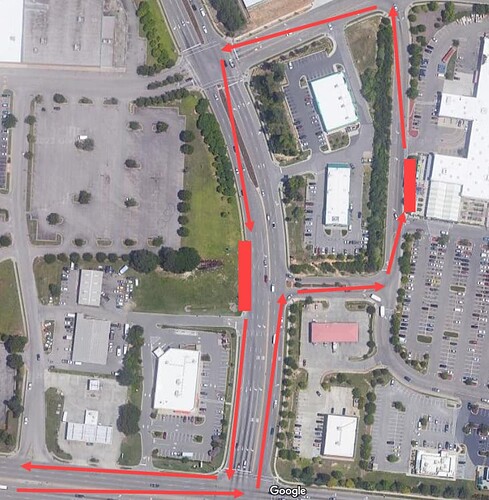 Off topic, but this is… frustrating. CAMPO clearly has no intention to reduce VMT. 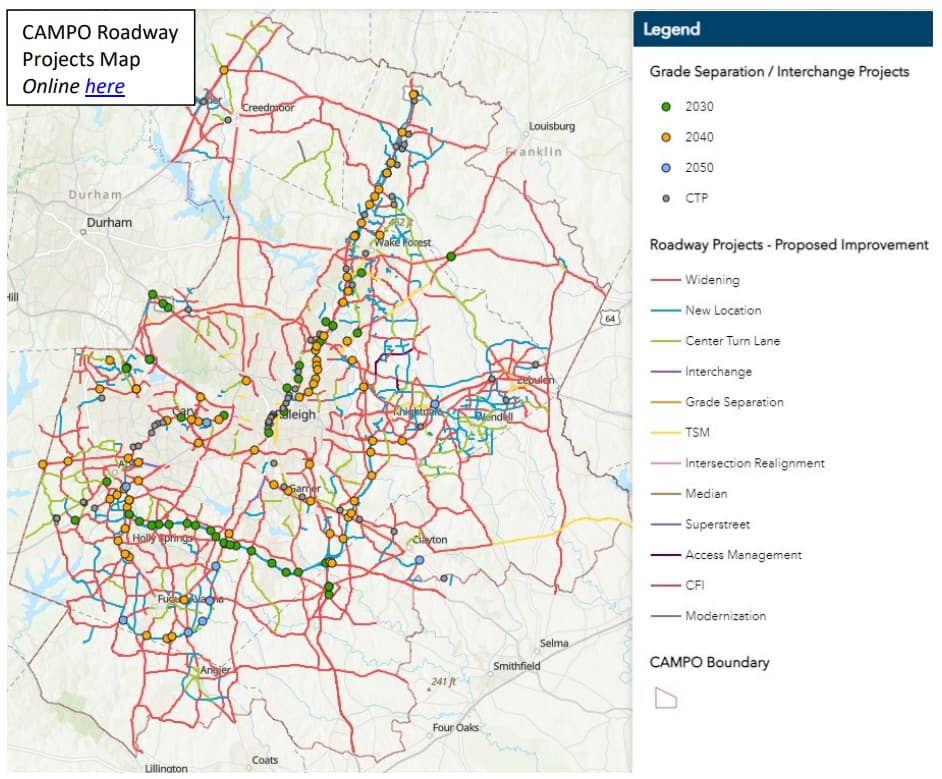 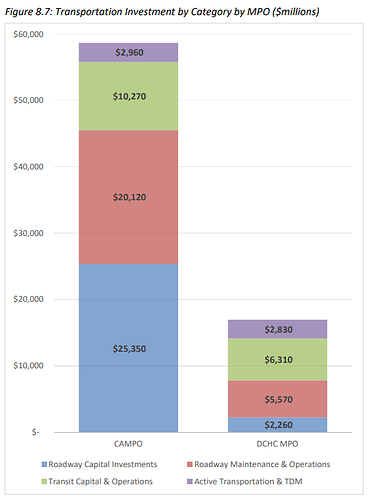 Honestly, both of those are a waste. Just implement the frequent service network from the transit plan.

on demand service to connect midtown to downtown

I do think the express is a waste. More frequent service would be better.

A few examples were given: Uber, Via, and Moovit. The way GoTriangle does on-demand is by giving twice daily credits to Uber & Lyft as long as you stay within the RTP area.

If the main purpose is to connect Midtown to Downtown for convention-related tourists staying in Midtown to get to Downtown,… I would not support a service similar to what I described happens in GoTriangle.

What GoTriangle used to do in RTP with on-demand service was to allow you to request a bus on the TransLoc app which would intelligently pick up and drop off people going in similar directions (sort of like an Uber Pool, but with a GoTriangle-branded bus). I would support the city doing something like this… but I didn’t find the experience very efficient when I used to use it in RTP (long wait times to get picked up, and they even required you to be picked up at existing bus stops). If those issues could be addressed, it would be something to consider, I think.

I think that the real answer for this should just be to move up the Timeline for route 8 to be made into a 15min frequency instead of waiting until 2025.

I used the On Demand once at RTP to try it out. Took a very long time. After picking me up, we went to the Fidelity site where someone called the service and no showed. I was finally able to get to RTC to head downtown.

The Uber/Lyft partnership worked for me so I could get to RTC which then 100/105 takes you downtown. That would be pointless here because there are existing bus routes.

I agree 15 min frequency would be good, but I believe the alignment was supposed to move it to go towards NC State and away from GoRaleigh center downtown. You would need to transfer to #6 which was already supposed to be 15 minute frequency last September/October.

I made a mistake and got the 8 and 16 confused.

I agree 15 min frequency would be good, but I believe the alignment was supposed to move it to go towards NC State and away from GoRaleigh center downtown. You would need to transfer to #6 which was already supposed to be 15 minute frequency last September/October.

The Wake Transit Plan shows four frequent routes converging on North Hills: The one you cite (to NC State), one to downtown via Six Forks and Atlantic, one to Crabtree via Northbrook, and one along St. Albans. 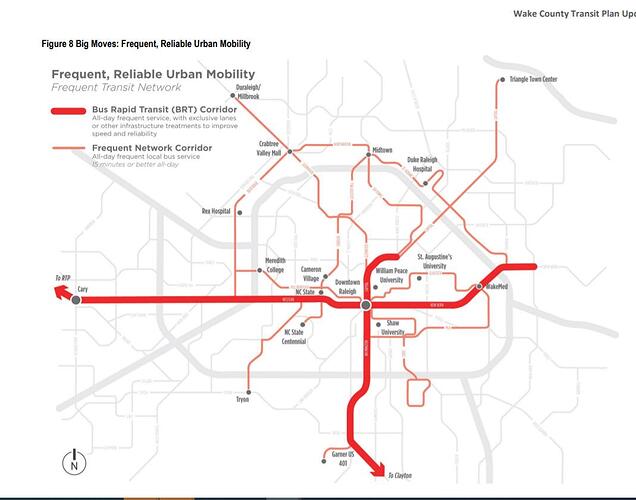 Close: they’re rerouting the 16 to go to NC State. The 8, on the other hand, will be split into two routes that meet at Midtown. 8 will go to downtown on 15min frequencies, and 8L will go north along Six Forks on 30min frequencies. At least that’s what it was last I checked.

Oops. I haven’t looked at it for a while. My mistake. I remember the 8 now.

Looks like that’s still the case -especially since it hasn’t even been a year yet since we did a major revision of the county transit plan. From the profile for this project in the Wake Transit Performance Tracker dashboard of upcoming transit projects:

[…] New Route 16 will replace the Oberlin route and will no longer serve downtown Raleigh but will serve NC State University (NCSU). This route will be part of the frequent network […]

The “frequent network” is defined by the county transit plan as buses with < 15min frequencies.

I think that the real answer for this should just be to move up the Timeline for route 8 to be made into a 15min frequency instead of waiting until 2025.

I think this would be ideal, but I don’t think this will actually happen. Whether we’re fast-tracking the 8 bus reorganization, subsidizing rideshares, making a new express service, or something else, all of these things face the same obstacle:

No funding currently exists for this requested service review

As for the 8 bus, that means we need to find about $6 million ($3M/year) if you want to push it up two fiscal years. What should we cut or push back, then?