The whole warehouse district–>Boylan Heights carved up homes as apartments—>Cameron Court swath was known as the gay ghetto back in the 80s and 90s (not sure about the 70s ha). This is a good thing as it was something of a safe haven of culture and acceptance back when things like gay marriage were not widely accepted thoughts. It was our Castro. The Fallout Shelter, White Rabbit Books and Capital Corral were some final vestiges of that in the late 90’s. Legends lives on quite well of course. Our Place seemed to thrive in the overarching grit down there too as did the GCF. Behind the building prostitution was quite common all over down there until maybe 8-10 years ago. Pretty different area not that long ago…

Thanks for the history. It’s always good to remember our past and how we got to where we are today. When I bought my first condo downtown at the Cotton Mill in the mid 90s, my parents freaked out because they deemed the immediate area too dangerous for me to live there with a halfway house next door (where the storage building now is), and an aging housing project nearby that has since been re-envisioned as Capitol Park.

Thank you, Mark. The one thing I would like to add is that during the late 80’s, early 90’s…way before social media, these places were the only ones that were addressing the Aids crises and was a constant source of information and help to many people that was not supplied from any other sources…not from workplaces, churches, let alone the government (the presidents could not even say the word) at that time. You were even afraid to get a test done at the Doctor’s office. Later, the HIPPA law took care of that. I know as I get older, it is time to make way for newer and better things but, when I saw these pics this week, it was a shock. Especially with the history that once was.

I actually helped implement HIPPA and COBRA as a temp at Sprint back in like 1995 or whenever it was but never thought about that. I was just a young kid partying downtown where solidly half my friends were LGBT…but that stuff doesn’t really come up between midnight and 2am
(unrelated, I forgot about Innovations, ha, holy Sh*^, that place sold stuff for some crazy, uh, parties. Y’all may never go in Circa again if I say too much).

It’s Highwoods, so they’re tearing down this building in preparation for signing a 5k sq. ft. tenant to a three story spec office building in suburban Atlanta. 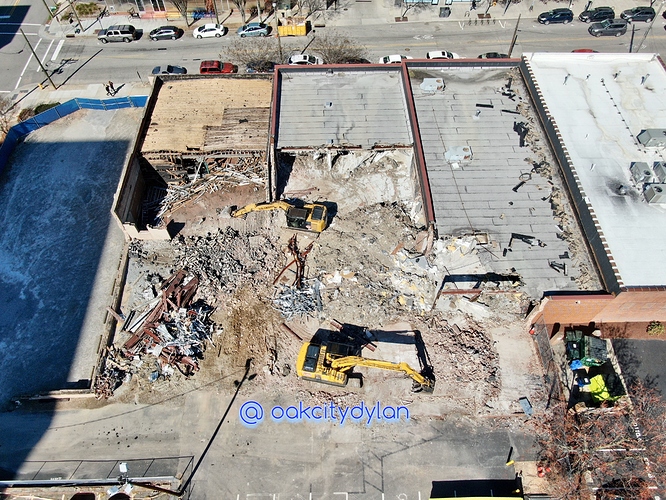 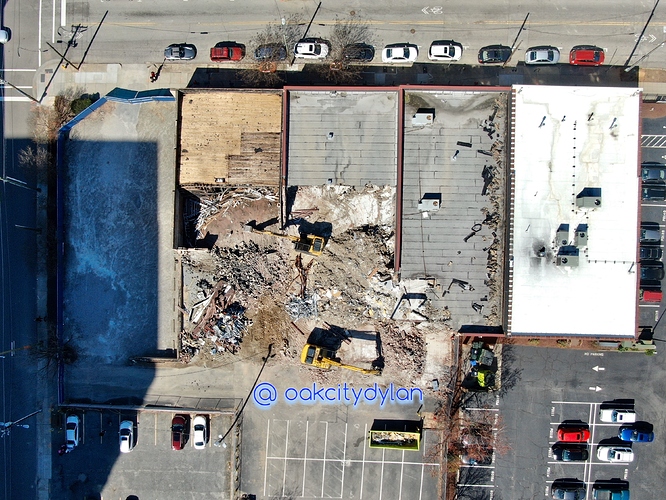 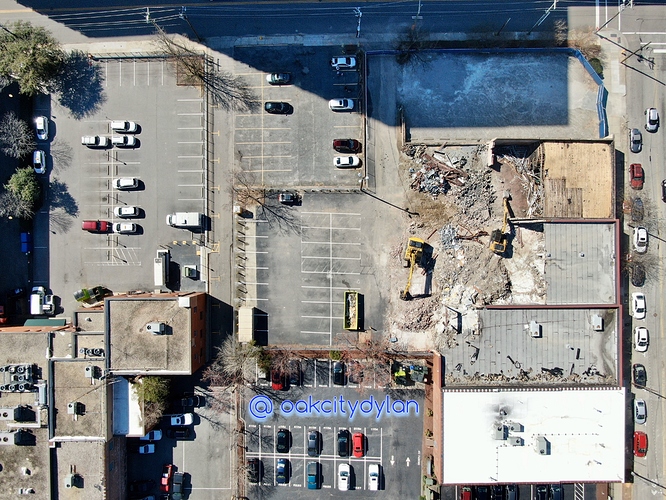 So Highwoods owns this? If so it is sad. They are one of the largest REITs in the U, headquartered in Raleigh and they will have 2 gravel parking lots in key downtown areas

Not sure how to do this, but city should raise cost of setting on parking/vacant lots in center city. Tax the land as if had high-rise building on it, if not done already, or maybe a tax on parking spaces. Would discourage just setting on it. A down side to this could be owners of buildings that would be removed to make parking, may just set on empty buildings that could become a blight on city. Just random thought that may not belong on this thread.

Extra cost to sitters would likely raise parking rates that would also encourage other modes to commuting. But the extra parking cost could also discourage companies from moving into downtown.

Could result into the heads you lose, tails I win - arrr.
Just random thought that may not belong on this thread.

Just curious, but if you had to choose to build something tall here or on the Edison lot, which would you choose. I like this lot, a great location, and it would be much more visible from all directions.

This is roughly the argument made by proponents of a Land Value Tax as opposed to a Property Tax. It’s an interesting proposition.

I have a vacate 5ac mountain top lot that county taxes it based on the million $ houses around it as if it has one also.

I agree its terrible, I actually ran this by the Raleigh city council, I can promise you MAB is the the kind of Mayor that doesn’t like to see this kind of stuff smh, but I don’t know if the city can really do anything about it at this juncture in time.

Both are fine, but I like putting office buildings near Union Station and adding to the emerging high rise district on the west half of downtown.

I agree. The center of development gravity downtown is not on Fayetteville St. While it may be Raleigh’s ceremonial axis, the functional “center” of downtown is somewhat west of there.

I would choose the original lot for the Edison and would want something of a similar height on this block. I’m fine with it going to either imo.

I feel like you can’t go wrong either way since both sites are adjacent to major transit hubs (Union Station for this one, Moore Square for the Edison lot).

Yeah I just saw your post and I feel like bringing in people from commuter rail at Union Station to a big office tower at the 213 Harrington site would be pretty cool.

This is definitely true today, but I quite honestly wonder whether that will still be true 20-25 years from now. At some point, development is going to start creeping east, and once it does, it might pick up speed quickly.