ADUs are currently illegal in Raleigh but has been in and out of committees for years. Advocates see it as a solution to affordable housing. Other just see no issue with it as many cities in North Carolina allow them and have close to no (Durham having zero) complaints.

ADUs might also help us gain some density which is good for transit:
https://www.citylab.com/design/2017/11/how-cities-get-granny-flats-wrong/546392/

I really don’t see why they’re illegal in Raleigh. There seem to be plenty of neighborhoods around the city (mostly the older, 1st-generation suburbs) that would be well-suited to these dwellings if the property owners wanted to sublet their property. I say legalize ADUs and let the people make use of them if they want.

The city’s Growth and Natural Resources committee is discussing this on Wednesday, May 23. I plan to attend so can report back.

Yes, please let us know the sentiment in the room at the end of the meeting

The Con side basically is concerned over these being short-term rentals which, they think, will lead to neighborhood decline due to landlord negligence.

Here’s some more reading on the topic. 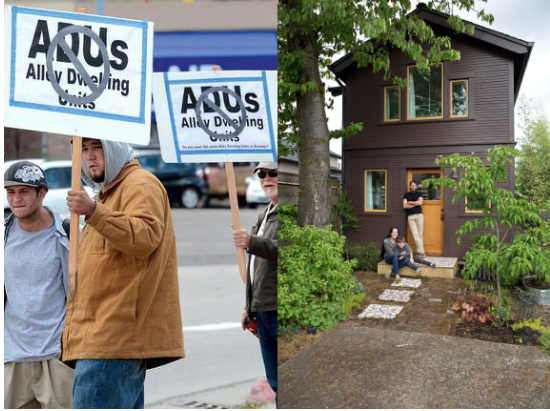 The Growth and Natural Resources Committee meeting yesterday was just a listening session where each side got 45 min to make statements. Nothing else was done afterwards. What happens next is yet to be seen.

From my POV, those against ADUs are concerned about them being used for short-term rentals. They also aren’t sure that this is an effective tool to combat affordable housing and the Pro side, they feel, is misusing it as a reason for us to allow it.

The Pro side used up all the 45 minutes and there were more that wanted to speak in favor.

The Against side only spoke for about 25 min.

You can watch the whole thing for yourself here: http://raleigh.granicus.com/MediaPlayer.php?view_id=24&clip_id=5919

What I forgot to mention was the porposed ADU Overlay District which would require citizens to rezone themselves in order to allow ADUs. I basically see this as a de facto ban on them cause only the privileged have the time, money, and skills to grind out a rezoning. This seems to be the popular option from the GNR committee.

In my opinion, yes, it’s basically a ban on them with the overlay district as the council members want neighbors to have a say with what you can or cannot do with detached buildings on your property.

As mentioned before, there are lots of positive reasons for them and plenty of NC cities allow them having produced basically zero complaints.

I think it’s ridiculous that just a few citizens are blocking something like this when representatives from AARP, Social Justice Coalitions (sorry can’t remember the name) and plenty of other individuals are voicing support.

I agree — requiring a rezoning just to provide an ADU on one’s property is ridiculous and will discourage many potential users. Adding more bureaucratic procedures to the mix will basically kill the possibility of anyone actually providing an ADU on their property. Very likely property owners won’t even know about the idea of an ADU.

But really, if property owners have control over who gets to rent their ADU, it is in their best interest (since the renter would be in their own backyard) to allow only responsible renters and to maintain the ADU, not to mention setting their own guidelines on usage and behavior for tenants. I don’t see how much trouble could arise under this system.

Sharing an event taking place in downtown Raleigh that will discuss ADUs. If interested, come on out!

Join us to learn more about Accessory Dwelling Units, or ADU’s. Charles Dillard, who helped manage the research and development of this program for the City of Raleigh, will speak about what these housing units are, and how they can help solve some of the issues our growing city is facing. We hope you can come to contribute to the discussion!

Event will start promptly at 6PM. Please arrive earlier to grab a drink and help support Stag’s Head, who is generously offering their space to help host this event! Please feel free to bring along a snack or dish to share potluck style with the group!"

Video from the above event. 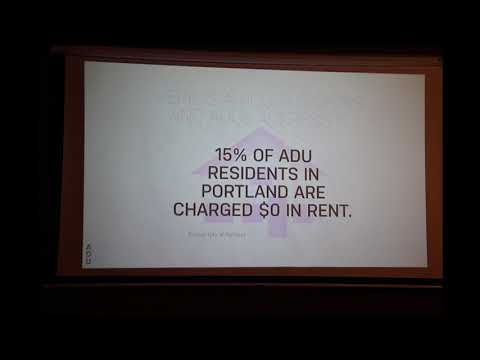 Has there been a decision on the ADU’s in Raleigh? 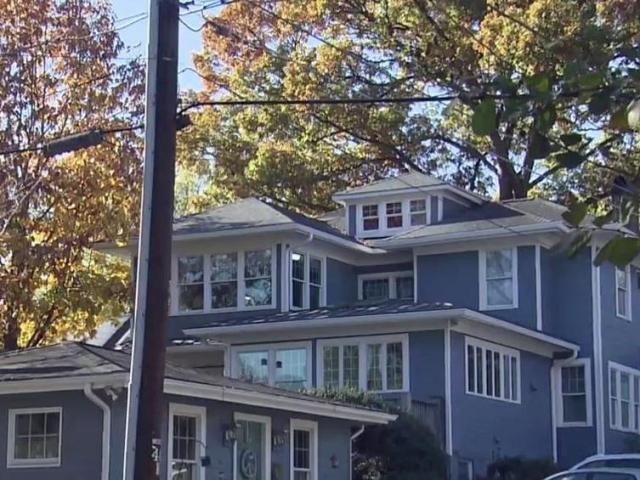 A Raleigh City Council committee on Wednesday is expected to vote on whether or not to allow granny flats throughout the city of Raleigh.

No. It is still being discussed in the Growth and Natural Resources committee. It’ll pick up again at their July meeting.

I need to go back and watch the committee meeting as this article doesn’t hit the finer points but it sounds like citizens will have to go about rezoning themselves if they want to have a backyard cottage. I think this is the wrong approach 100%.

Requiring approval from a majority of 10 acres worth of neighbors is a significant barrier to ADUs. Seems silly to me.

Just add a breezeway between your ADU and existing structure and then it’s attached to your house and not technically an ADU and you don’t have to get permission from 10 acres worth of neighbors who probably don’t care anyway.

Yep. Unfortunate, and not serious leadership for Raleigh on this issue.

The part I am interested in is the future talking point. What councilors are going to use this as a “Big Accomplishment”. Then if someone does get the 10 acres together, go through all that rigmarole, they will be held up as proof that this was a “good” solution.

We should just copy Durham’s ADU rules. My wife and I did a 12 mile bike ride through Durham as part of the Bull Moon Run and Ride to raise money for Habitat of Durham county, and there was a street with three ADU’s that looked soooo nice! It is working there without a problem, so we should just copy them.

I concur with Raleigh on this issue. I work downtown Raleigh but live in Cary and I most definitely would not want this in my neighborhood. So I understand Raleigh trying to not force this on long time home owners and allowing a process to move forward that would allow it if a consensus is reached.

All I want, is the same rules on ADU’s that Cary has. That would totally make me happy.

The City isn’t forcing anyone to build an ADU in their backyard . . . it’s completely optional, and quite frankly, I don’t think that very many people would pursue it even if it were allowed without neighbor consensus.

I think making ADU hopefuls go through such a process will drive away many of the few who would consider this in the first place. If it’s so difficult to obtain approval for an ADU, why bother even legalizing it at all? This is a major mistake by the City.

Not to bring up a dead conversation, but I just came across this article on Strong Towns about ADUs that mentions Raleigh’s new rules as an example of what not to do: If You're Going to Allow ADUs, Don't Make It So Hard to Build One

It also shows that simply allowing them to be built by-right usually isn’t enough; often, development fees and design restrictions need to be minimized as well to stimulate construction of new ADUs.