I suspect the developer/owners of this project are paying attention to articles like this:

One of the largest properties to see a spike in sublets is The Dillon, which currently has around 5,300 square feet of office space available from several tenants.

Indeed. Not good news for those of us hoping for more tall buildings.

But then you have this!

I imagine that we will see a significant shift to more permanent work from home options for a good part of office workers. Meaning companies will need significantly less office space in general.

My hope is that they stop trying to cram people into tiny “open office” plans from now on, thus requiring more actual office space.

CNBC showed a poll yesterday that 58% of employees wanted to continue to work from home. But as @Dan’s link points out, there could be demand for more space even with fewer people. I guess the only thing we know for sure is that we don’t know for sure what this going to do 1) residential patterns (will folks flew the dense cities) 2) demand for office/commercial space 3) mass transit. I guess we are getting a little off topic here. Sorry @dtraleigh

No problem. Let’s discuss it here.

My office in Morrisville will be moving next year and combining with the Raleigh office. We will be cohabitating in a new building under construction (not in DTR

), but they are only planning for space for 2/3 of us in the new office. I personally hate working from home, so I will be in the new office. There is some chatter about the company revisiting the idea of “open concept” and “hotdesks”. But nothing has been officially said yet. The silver lining is that my commute will go from 14 miles on 540 to less than 8 with no highways.

Just got off a work conference call, company is not local to Raleigh, but found this comment of interest. All office people have been working from home for close to two months. They were looking to lease more office space before the work at home thing. They have canceled those plans as found that people are actually getting more work done from home and doing better work. So they are now planning to have a lot of office staff work from home. Not going to lease more space but reconfigure current office to give people that do come to office more space for separation. Not a good sign of new office building if lot’s of companies take this path. BTW I have been working from home for 8 past years, one of first allowed to do that but a few more have done so over the years. 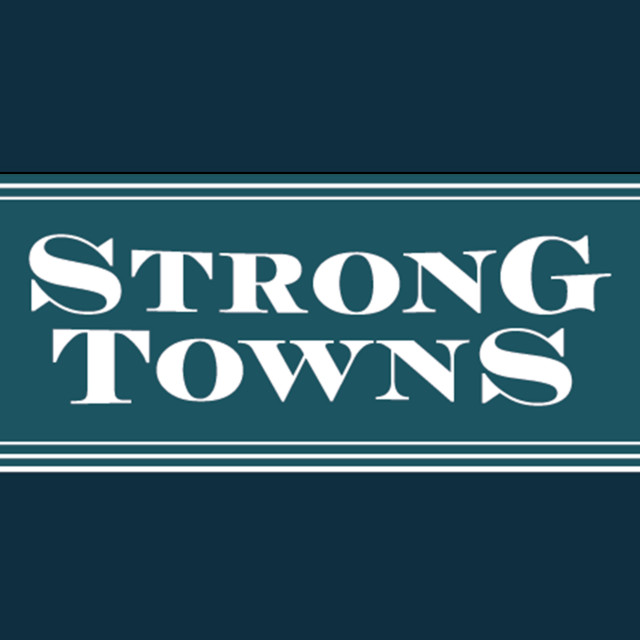 If you’re like us, there are a few trusted guides you’ve looked to for help making sense of a world turned suddenly upside down. One of our guides has been James Howard Kunstler. The author of essential books like The Long Emergency, The...

Trigger warning: Here’s some close minded discourse on the subject…listen at your own risk.

The main situation here is one where a group of folks were working together in-person and now have to work remote. Companies may have a varying degree of success or not with this as it may depend on the workforce culture you had while in-person as well as the industry you are in.

I think that that varying degree of difference will drive workers back to the office (more productive at the office) versus on the other end, companies will “support you” if you choose to telework. (based on data showing the output was higher) How you can begin to try and measure this breakdown, I don’t even know. So I think we’ll have many different stories here.

My company actually closed the very small offices (under 50ish) and are either planning to go co-working or remote-only. No announcements on changes to existing offices yet so we’ll see.

I also don’t think you want to get rid of office space entirely because physical presence means something as well. It helps in recruiting and retaining employees. I’ve never worked for a 100% remote company so I might be wrong but I would think that I would be less attached to a company that’s 100% remote and I never meet my coworkers face-to-face. If a better opportunity came up (remotely) why not take it? Does anyone know if turnover rates at remote-only companies are higher, on par, or less than “traditional” companies? (whatever that means)

For me, I would never work remote-only as I find extreme value in keeping that “3 location” lifestyle. I live at home, I work at the office, I hang out at this bar. Also, bringing it back to downtown, by not having a downtown office for your employees to go to, you are denying them access to downtown culture and food, something some people are looking for in their day-to-day work. DTR helps recruit companies as well.

I’ve never worked for a 100% remote company so I might be wrong but I would think that I would be less attached to a company that’s 100% remote and I never meet my coworkers face-to-face. If a better opportunity came up (remotely) why not take it? Does anyone know if turnover rates at remote-only companies are higher, on par, or less than “traditional” companies? (whatever that means)

I have never worked for a 100% remote company, so maybe there are some culture differences when an entire company is remote, but I’ve been working fully remote for a year or two now, both on teams where some people were remote and some weren’t, and more recently on one where everyone is remote. Basically we only see each other when we happen to need to be at the client’s office at the same time.

I like my team, but I don’t feel a particular attachment to the job. Partially it’s because it’s not really what I want to be doing (it’s mostly been project and customer relationship management, but I think I mentioned at the most recent in-person meetup at Transfer Co that my experience is in data analysis / business intelligence and I’m currently a second bachelor’s in CS to move more back toward that), but I think being fully remote is a big contributing factor. It makes work much less social, which I find ends up having more negatives than positives. More often you are working with people who you are not seeing or hearing, and who are not seeing or hearing you. I think without these ways we naturally identify and remember people, your coworkers can end up just becoming inboxes that you’re sending inputs to in the hopes of getting particular outputs, and you the same to them. It can be harder to care where your work ends up or what the end result is, because you’re less likely to see it. I definitely notice a big difference in response time, and how much time and effort someone will put into their work for me depending on if we’ve ever met in person or not, and if we’ve recently spoken where we can at least each hear the other’s voice.

It’s probably worth noting that it used to be that everyone on my current team was remote all the time, but both my company and the client didn’t feel it was working, so now the client pays for about half the team to spend every other week in Boston. It’s expensive, but they seem to greatly prefer it.

All that said, I’d take 100% remote every time over having to commute more than 15 minutes or so by car every day, but that’s just because I dislike driving in traffic that much.

This is my first experience working full-time remotely, and I dislike it intensely. Or course as a college professor my experience is much different then all you private-sector folks. This summer is the first time teaching on-line. The class hasn’t started (it does tomorrow) and I truly dislike it. I miss the interaction with my colleagues on the hall, and especially with the students. I tend to be very spontaneous, and since this term is cultural history, the discussions can go in nearly any direction. We will see how it goes.

A second thought - if more folks are working from home will this lead not only to less commercial construction, but also the rethinking of home floor plans. The formal living & dinning rooms have been on their way out for awhile, replaced by great rooms. Most folks say they want a home office, but will we now see a definite move to a floor plan with larger and clearly dedicated home offices rather than that 4th bedroom or unused dinning room converted?

I have been working half from home and half in the lab. I hate working from home. It’s so insanely boring. I miss the social contact, the reason to get up and showered and dressed, the sense of purpose, and the fact that weekends and evenings are different.

maybe I am the odd person here… I miss people… but I am 100% fine without ever going full time to an office again. WFH is way easier for me and I get way more done.

Does this mean you haven’t showered in two months?

Prior to the Virus, I worked at home on Monday’s. Tues-Fri at the office. Perfect for me. I can’t stand full time at home. Miss the human interaction. I think 2 days per week at home would be the max in an ideal world. My building is not reopening until at least August 1st, so I’m screwed.

Good news from Forbes: Both Raleigh and Durham make the list of 10 US Cities Best Positioned To Recover From Coronavirus

One additional thought about recruiting. When a company wants to really lure “top talent” I’m not sure that, “You can WFH as much as you want” is appealing anymore. Having the ability to work remote now becomes the baseline. What else can companies do to attract the best? I think it starts with interesting spaces (offices) so I think commercial space will still be in demand but amenities may start to change.

If that’s the case, I think mixed-use developments would have to become the standard again.

“Again”, because it’s the post-WWII style of separate zoning that’s historically the odd one out.

If a company wants to entice workers to work locally in a world where remote working is the norm, I think it helps if you use on-campus housing in universities as an analogy. Sure, you could work away from “everyone else”, and that could be cheaper and convenient -but what if working regularly onsite can help you feel like a more whole person and let you have a better experience with the company?

The optimistic part of me wants to believe companies will be more mindful about work-life balance in its employees (at least for the middle class in the sexy industries we tend to care about on this site). For that to happen, you’d need places to hang out, shop, exercise/see the outdoors etc -and to develop a social atmosphere where you feel like you’d want to be at work. Companies would have to accept that they’re more than just an enterprise; I think they need to become a well-rounded community with a common treasure trove and a shared goal if they want to stand out in the physical world.