Over the last 10 years, we’ve watched a lot of new development. One aspect of the growth also has been some major renovations and additions taking place across the churches that are in downtown.

Christ Church has expanded. First Presbyterian Church has also. An arm of Edenton Street Methodist, Church on Morgan popped up at the corner of Blount and Morgan. 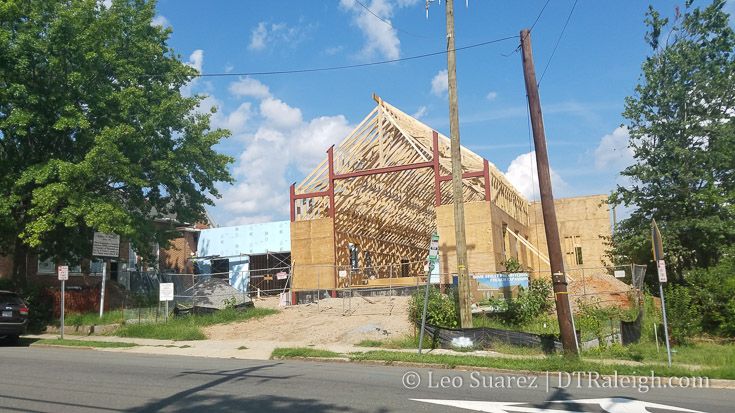 Downtown Raleigh has a long history of having an active faith community and it shows in these expansions that that culture is alive and well today. No reason not to think there’s more coming in the near future.

Any other examples of work taking place on our downtown churches?

The Cathedral is on that land for the same reason that PNC arena is where it is. The land was already owned.
That said, it doesn’t bother me that it’s where it is. I am not a fan of using large DT parcels to add large buildings that are used so infrequently. To be clear, I’m not suggesting that we tear down existing churches or prevent them from expanding on their current land.
The new Cathedral could have taken up an entire city block. I’m going to go play with mapfrappe!

I forgot about the Holy Trinity Anglican Church, on Peace Street, which is a new addition to downtown so not just expansion of current ones but we got another in recent history.

Yes. And I wasn’t a fan of that addition. Its key location deactivates Peace St. on most days, and I dare say it’s mostly accessed by cars primarily on Sundays.

Nothing against churches, but let’s not forget that churches on valuable land downtown don’t contribute vital tax revenue that helps the city provide services and maintain and improve civic infrastructure. Just sayin’.

I often wonder how much tax revenue the city is missing out on from just the downtown church properties alone, especially as downtown land values escalate.

This a good point for sure. I see no reason why a church couldn’t rent office space in a mixed use building but you can’t fight centuries of culture where it has to be in a dedicated building. This may be happening now though, I haven’t seen examples of it.

I see no reason why a church couldn’t rent office space in a mixed use building but you can’t fight centuries of culture where it has to be in a dedicated building.

Well, that would be a more space-efficient option, but it wouldn’t be a very interesting experience. Even though I’m not really a church-goer, I appreciate walking into an ornate, decorated hall that was built expressly for the purpose of church services. Today’s modern, hip churches like Elevation that build huge suburban “campuses” and go for a minimalist style just don’t have the same appeal. It doesn’t feel like a real church experience to me, though I probably tend to expect something a bit more traditional. Maybe renting office or daycare space in a nearby mixed-use building would be a good option for some churches in urban areas, but buildings dedicated to church services are important and do play a role in the community.

Everybody’s religious values are different, and I certainly wouldn’t ever suggest that somebody ought to worship a particular way just because that’s what appeals to me.

But for me personally, my church meets at a public high school, and I am actually really proud of being part of a congregation that is very low-impact in its land use. Meeting in an auditorium has never made church feel any less spiritual for me personally, and I see it as a way of living out our values, and a lot of our community service is directed toward the school community.

Religious practices in America are changing rapidly, though, and many churches with large land holdings are attracting smaller and smaller congregations. It will be really interesting to see how those trends impact land use, as you’ll probably see a lot of churches (more so nationally than Raleigh specifically) decide that holding that much land is no longer the best way of fulfilling their spiritual mission. The knock-on effects of that could end up being really positive in some ways, but it’s a process than needs to run its own course in its own time, because the ability of people to worship as they feel moved to is obviously paramount in that.

The Prosperity Gospel:
Chapter One:
Become a church

Many churches perform community services that use their buildings during the week. For example, Good Shepherd Episcopal has run the largest soup kitchen in DTR for over 30 years. When they renovated their facilities some years ago, they incorporated the kitchen into their design. 12-step programs, ESL instruction, etc are often found in church facilities on weeknights. I suppose there are some churches that stay locked up from late Sunday night to the next Sunday morning, but that’s not the norm.

I’ll add that churches pay property tax if the land is not used for tax-exempt purposes. For example, if a church rents out its parking lot on workdays as a commercial endeavor, it loses its tax exemption on that part of its land.

This little side building behind Church of the Good Shepherd was torn down this weekend. Anyone know why or if it’s being replaced with a new one? 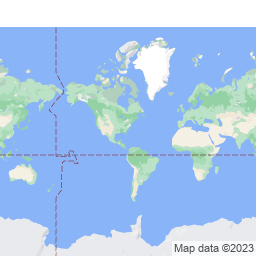 There always seemed to be homeless hanging out or sleeping there.

I believe it was a soup kitchen.

Something for some of these churches to consider: joint development agreements to build affordable housing + church facilities at the same time. 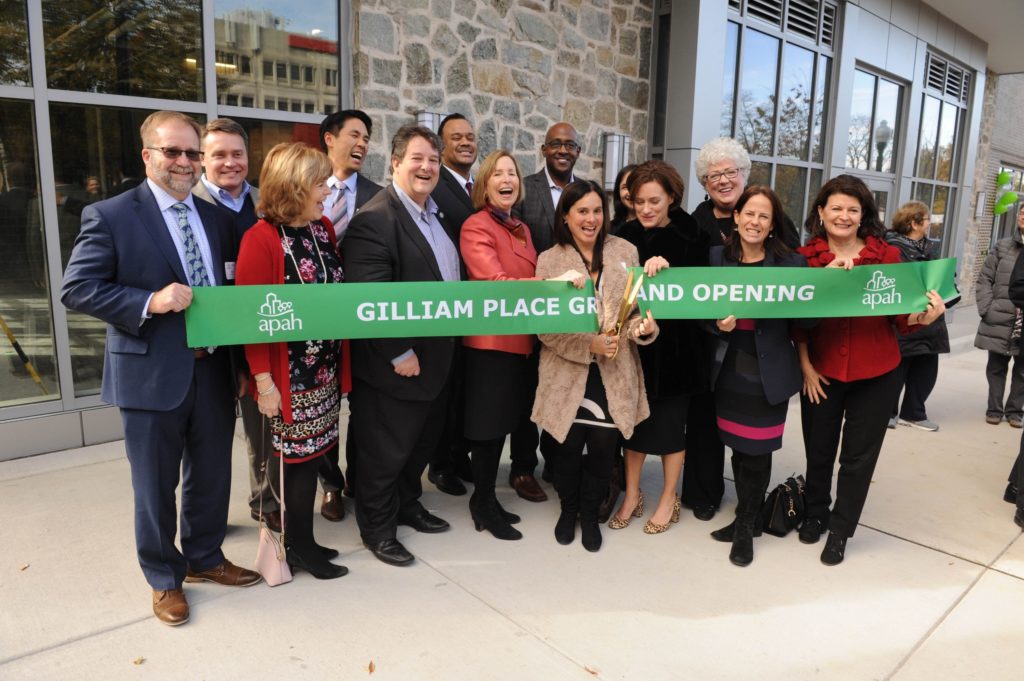 As Amazon carves out a new home in Arlington, the county is continuing its search for new solutions to a growing problem: the shortage of affordable housing.


A lot of church buildings that were built in the postwar years need comprehensive redevelopment, and at the same time congregations’ needs have changed considerably. That makes church properties great candidates for joint developments.
2 Likes
OakCityDylan May 11, 2021, 12:32pm #18 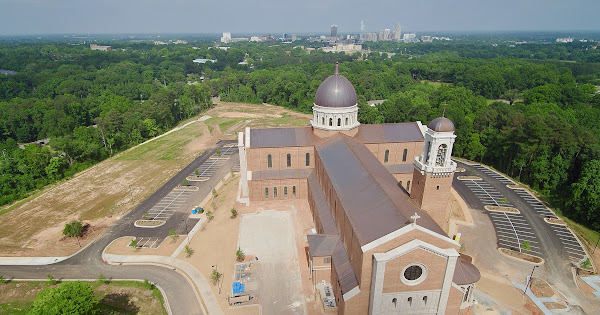 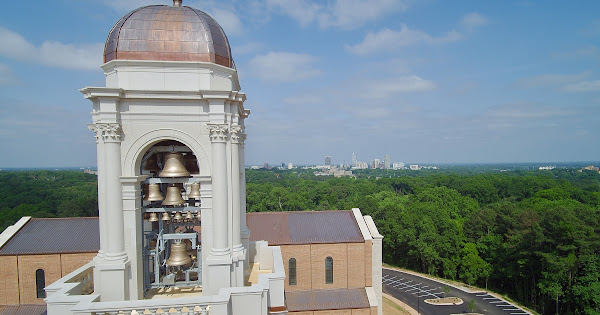 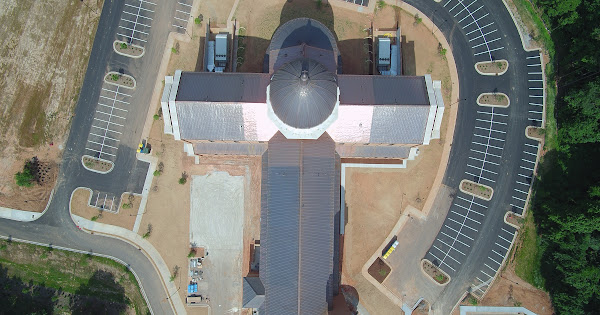 It’s a “sin” to see a neoclassical cathedral built on a suburban site surrounded by a surface parking lot.

Idk, sitting right between busy Western Blvd and serene Dix Park feels appropriate for this building. I’ve grown to like its presence there.