Following up on comments I, @CanesFan and @John made about the potential under the tracks along West St, across from SmoHo, Toronto’s Bentway & Miami’s Underline are apart of a group called The High Line Network. It is a group of “infrastructure reuse projects,” activating neglected or underused areas and making them meaningful parts of the urban landscape. The most famous example is clearly the High Line in NYC, but also Atlanta’s BeltLine park, and many others. I am adding to links, one to the HLN’s homepage of projects, and one to a Dezeen review of 18 of their projects, for your edification, enjoyment and inspiration.

My question, and motivation for this topic, is what if any areas in Raleigh are ripe for this type of reuse? We are darn blessed not to have an elevated freeway through downtown like Toronto or Miami. Are their areas we could reuse like this? I look forward to your thoughts. 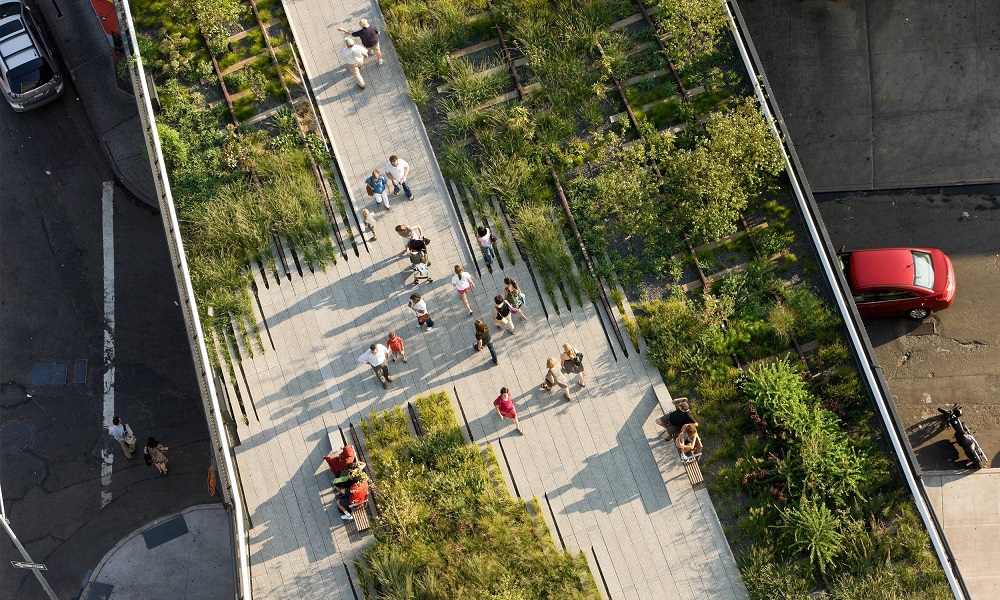 The High Line Network is a group of infrastructure reuse projects—and the people who are helping them come to life. 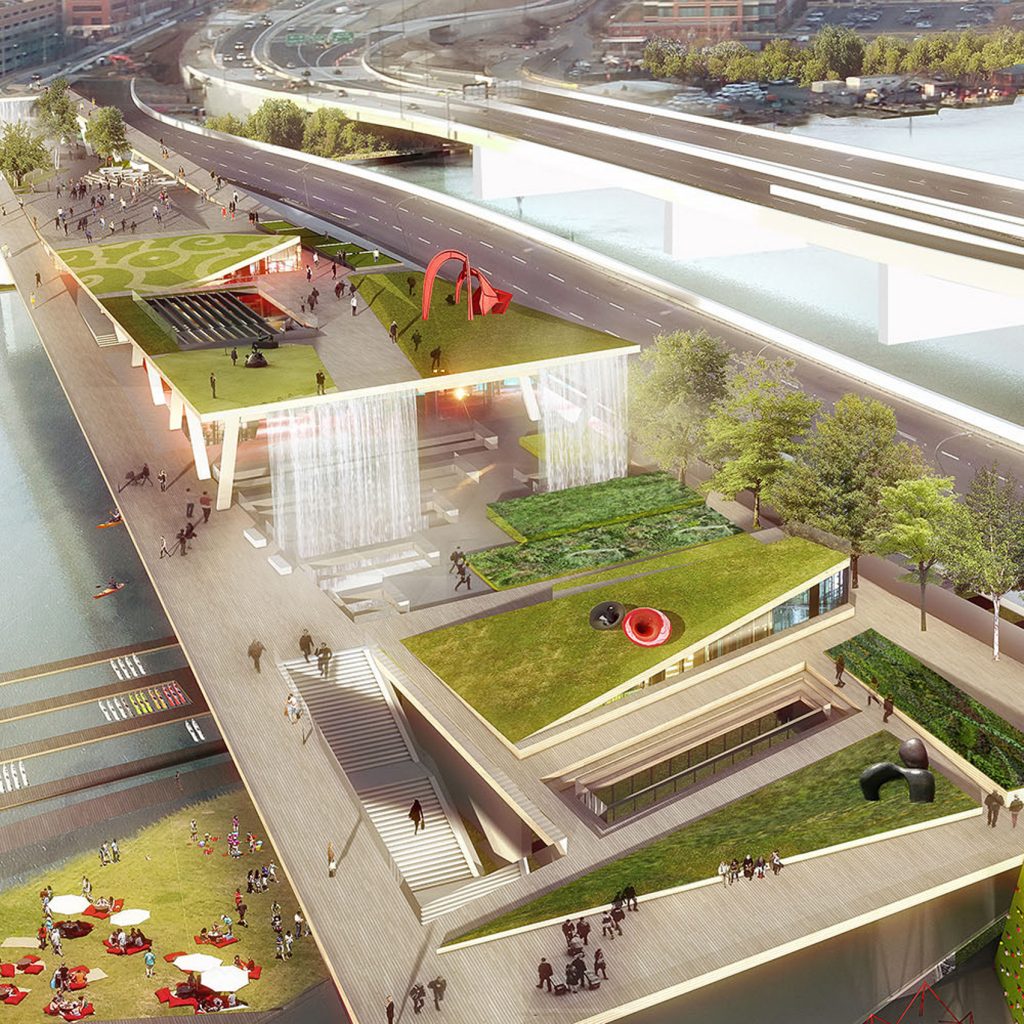 Following news that the High Line creators are launching an advice group for 18 similar infrastructure reuse projects, we've rounded up the 18 schemes in the USA, which include an OMA-designed bridge with ramps and waterfalls and an underground park.

Under the new Peace x Capital bridge? At least enough space for a hot dog stand or something!

Nice read! Thanks for sharing.

@orulz has put together a slide deck on the proposed project.

Thanks for reposting this. I missed it, or forgot about it, when it went up originally. Its a great presentation!! And right along the lines of the conversation I was hoping to provoke. I think Columbia’s example might be the best model for Raleigh, as it will take getting the RR’s to work together, with some level of government involvement, particularly with the plans for inter-city and transit rail plans. I do love the idea of a Raleigh High Line running along West St. Again, thanks for the repost.

This is a fantastic presentation!

I would discourage looking at the High Line as the key example. For a while, it was the trendsetter, with many cities vying for similar effect. However, when you are not NYC and you are trying to do something to NYC levels, it doesn’t work out. Hell, even the creator of the High Line has said that was exists currently today is not what he had envisioned or wanted.

Atlanta is a great case study on a similar project at a scale much more accessible to Raleigh.

Excellent. My only comment is that you present a lot of reason for connecting the greenways, but I didn’t see a slide on how this new greenway would Interconnect and upgrade the existing greenway system. You did a great job on the slides with the railroad line relocation. Basically add a map to slides 17 & 18 to better illustrate the points. .

This would be a great way to bring greenway trails into downtown rather than just around it. Where did you give this presentation? What are the next steps?

There’s a small team of people evolving the content and will soon be having initial conversations with a couple of city council members to introduce the concept and desire. From there, baby steps and a long road a head (hopefully). Major props to @orulz and a few others that have a good amount of time into this so far (me excluded).

Thanks. I definitely support the ideas - if there’s more I can do to support it please let me know @orulz

We are really just getting started!

The challenge is taking this idea from a vision with a lot of obvious appeal -but no plan, no money, little in the way of leadership, and a lot of question marks… into a credible, broad-based, effective, grassroots organization with a clear mission, financial backing, and allies throughout the community all contributing and moving it forward. @alliej if you (or anyone else!) are interested in helping with any specific aspect of that - or just in general - please let us know.

This would be a great way to bring greenway trails into downtown rather than just around it. 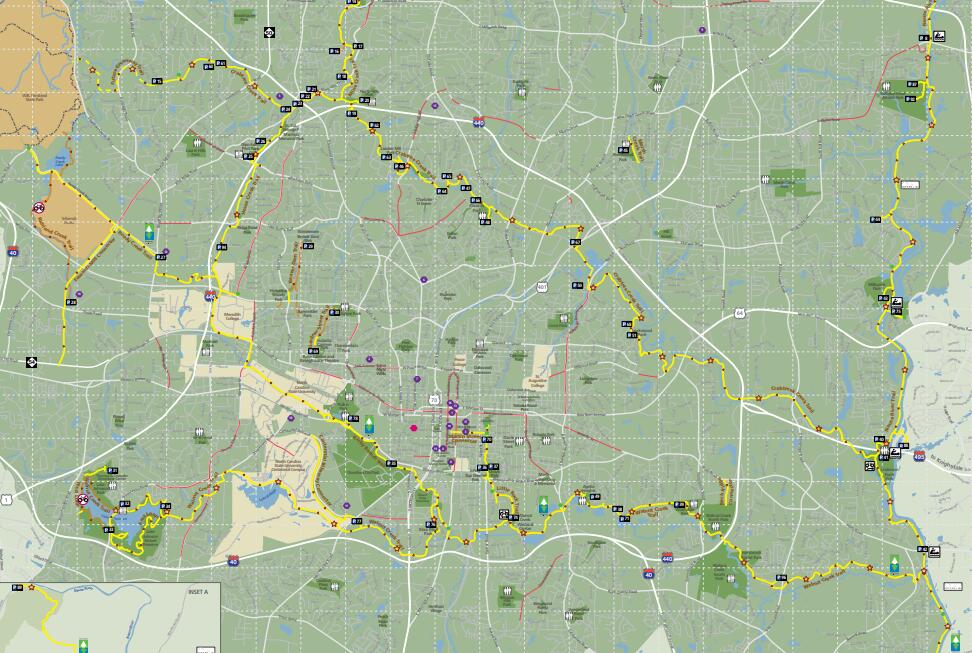 image972×653 128 KB
It is strange, when you look at a map of the greenways, how they almost seem to intentionally avoid being convenient to downtown. You would think there would be a “hub”, or at least a lot more connectivity, in the center. I’m sure if there was, they’d see more use, but as it stands, if you don’t live in SE Raleigh you have to go way out of your way to get downtown. An obvious candidate for greenway connection to downtown is Dix park; it’s less than 1 mile as the crow flies, but to get there via the greenway is a 5-mile trip. A more extreme example is something like Lions Park; ~2 miles away, but a 15-mile trip via greenway.

@alliej If you haven’t seen it yet, it sounds like you’d also be interested in this thread. Currently the city only allows greenways to be created in areas that are considered environmentally sensitive. The survey in that thread (link below, credit @orulz) is taking input on the future of greenways, and specifically whether they should expand where they can be established. Go sound off in support of more greenways connecting to downtown!

The City of Raleigh is in the process of updating the Capital Area Greenway Master Plan and would like your input! We want to learn what would make your experience on the greenway trail system better. This information will help us better understand...

The last time the Greenway Master Plan was updated 30 years ago I don’t think there was a lot of desire to walk or bike downtown.

Shame it’s taken this long to get revised.

Over the past several weeks, some of us on this forum have been working to see if this rail-trail idea is something that could be worth it. (Special shoutout to @orulz for leading all of this!!) After meeting city/CAMPO officials and having several conversations over PMs, we’re starting to think this idea is worth taking -and pitching- more seriously. But before we go all out with meeting more people, we have a problem:

We need a name. And we want your help to do that.

So what should we call ourselves? Pick your most favorite option here by this Saturday at 7pm EDT:

I think that there needs to either be an emotional hook or a strong reference in the name, and I just don’t feel it in the choices. I know that I am leaving myself exposed on this because I don’t immediately have a better idea to offer.