Marbles has overhauled the corner of Morgan and Blount Streets. What once was a car service shop is now a colorful plaza and public space. Here’s the before and after. 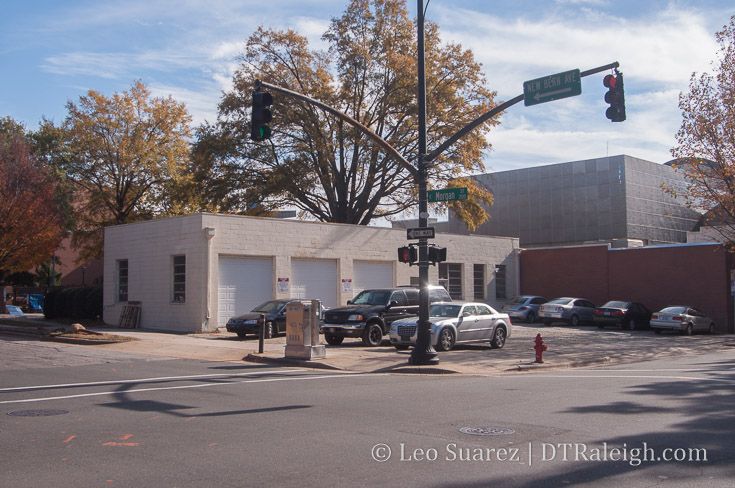 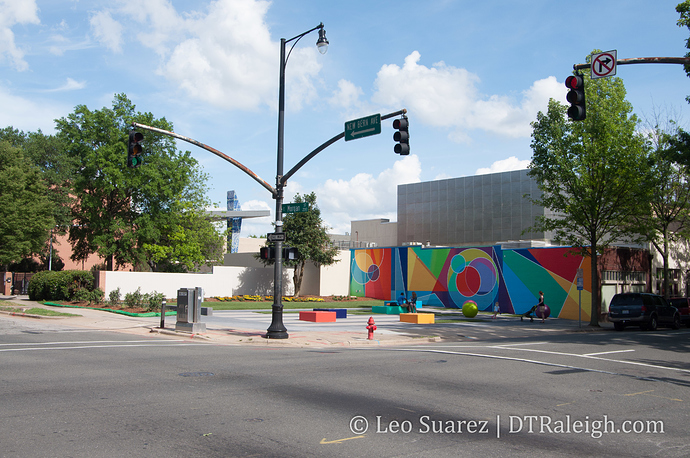 Marbles is a HUGE asset to downtown Raleigh and they are growing. I’m sure we’ll be following along as the museum seeks to expand and offer more on this block.

While I love the mural I have to admit the space is a bit “form over function”. Would love to see actual benches or picnic tables in that space.

Love the look of this space! Really adds a lot of color and whimsy to the streetscape. But agree with Justin, needs a little bit more functionality. Would be cool to see “climbable” art added for the kids. Also, maybe I’m overprotective but I worry about kids running around there so close to the intersection. Even a small 2-ft barrier/fence around the area would give me some peace of mind.

Looks like Marbles has been cut out of the county budget. I know everyone needs to do some belt-tightening right now, but this seems incredibly shortsighted. Marbles’ childhood enrichment programs, not just at the museum but throughout the county, are an enormous asset to our community. Here is the page to find out more, and I hope many of us (especially those of us with kids who love this museum) get involved to reinstate this funding. https://www.marbleskidsmuseum.org/wake-county-funding

Marbles had been in line to receive money from the hotel tax revenues. Unfortunately, the city/county made the egregiously bad decision to blow hundreds of millions of dollars from that purse on a vanity convention center expansion. That was a terrible decision at the time, but it looks staggeringly shortsighted now. I don’t know if it’s too late to claw back any of that money, but you could fully fund Marbles for a tiny percentage of the money that was blown on the convention center.

Hope Marbles survives. Haven’t been there in years as the kids have aged out of it. But we were members and regular visitors when the kids were younger.

The hotel tax fund is for capital expenditures, right? I know Marbles was planning on an expansion just a few short months ago before the world imploded on itself, but now it looks like they don’t even have the capacity to fund their normal operations, absent a change of heart from the county.