[question to you] Topics about North Hills

Is North Hills Development appropriate here Leo? Not downtown, but will have nearly 70% as much retail and residential space as the current DT core when its built out. Let me know if you want to keep this stuff off your page.

Clear-cutting has begun on site, this mixed used area will not be as dense as North Hills East, but will still sport multiple office towers and residential areas. Lighter on the retail space. 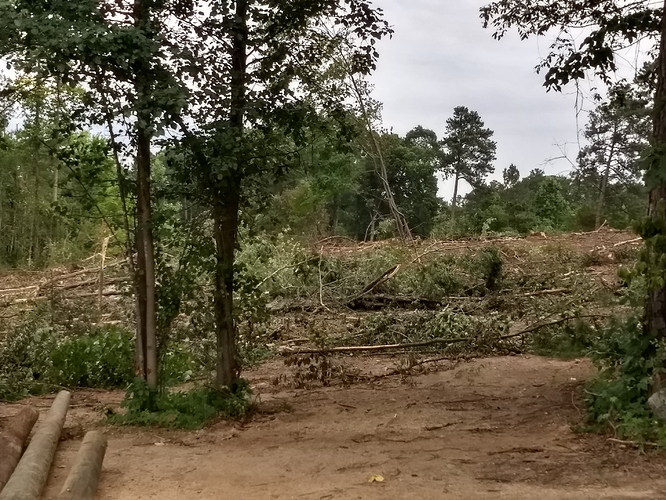 No, let’s not. I’m certainly a fan of Raleigh development but I’d rather we stay focused on the core. Unless waves of members want it at this point, I can think of a way to separate.

I’ll move this topic to site feedback, as in, question for the community about urban-like areas in Raleigh.

Hi Leo
I hope that this is the place where I would give my opinion/vote?

Thumbs down on NH’’s discussion!

DTR Only! Thank you!

Yes, don’t talk about NH, it will embarrass downtown’s major construction projects as NH folk know how to bring a project in on time with great quality.

Would it be a problem for a dedicated North Hills thread, which would contain all North Hills news and discussion?

What happens in North Hills often directly affects downtown, in terms of developments, office space, retail, and restaurants. Not to mention it may have more tsll buildings than downtown soon. Also, there’s several sceanrios where North Hills could become more connected to downtown in the decade to come.

I just figure if topics involving North Hills keep coming up periodically, it would be nice to have a place to keep that contained but still discussed, if people are interested.

North Hills serves a purpose, but is a SUBURBAN mixed use development. Most cities have these anti-downtown developments for those who must park within 50 feet of their destination. Suburban projects such as PNC Arena, NCMA, and, yes, Cameron Village have hindered development of our downtown through the decades. Kane is developing downtown now, but his emphasis is North Hills.

I like the idea of a North Hills-specific thread (maybe a Midtown thread so it includes the Wake Forest Rd. projects like Wegmans), but that’s it. I definitely don’t think individual projects in North Hills merit their own threads in a DTR-specific blog, but since there is a push/pull factor between DTR and Midtown, it might be worth talking about it off to the side. I say this as someone who wants both areas to succeed.

Thanks for the feedback. Most of the discussion about NH in NH has a suburban perspective - traffic, parking. Pedestrian safety comes up a lot.

I would value an urban perspective on these attempts to urbanize some of our suburbs.

One of my criticisms of NH is that it doesn’t have strong ties to the existing urban core, so I certainly understand keeping this community focused.