Well, our “friends” at the NCGA are at it again. The Senate has in its budget proposal to move up to 2000 jobs at the DHHS out of Raleigh and into Granville County. These are employees that are currently working at Dix. So, instead of getting a tower or two downtown to support these employees, they want to pack them up and send them an hour up the road and into the Durham MSA hinterlands.
I wonder if this will actually happen or not?
https://www.newsobserver.com/news/politics-government/article230913638.html

Didn’t the General Assembly once request proposals from developers that “had” at time to be in Wake County? And if Wake County wants to keep its tax base, they need to speak up!

The population of Granville County is 60,115

Much like the DMV move, this would cause the state to lose many well-trained career employees.

What is the given justification for this move? I didn’t see one in the article, except that Granville county will donate some land and that it’s 5 miles from a community college (???) Any guesses as to the endgame of moving all of these offices out of the capital? Few qualified people are going to want to work for these departments if they have to live in Oxford. Nothing wrong with Oxford, but in this day and age people are primarily motivated to live in places where they have better career prospects.

What is the given justification for this move?

…in my opinion…
Like most Communist ideas, if you can’t get Capitalist to move to an area, utilize government to move the business to the people who will add to the local job and tax base?

Sticking it to cities yet again because they vote Democrat.

The proposed move and $250 million to pay for it surprised the department and the Governor's Office.

“I just want to get it out of Raleigh,” Jackson said. “I think we need to spread the love around the state.”

So basically, anywhere but Raleigh. I assume this has to do with ensuring voter support in Granville County. Looks like they’ve flipped back and forth the past 20 years. 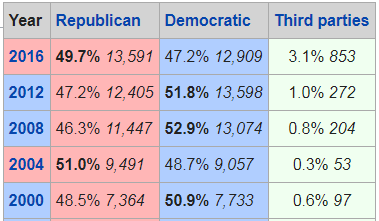 Communism? Bit of a stretch considering the senate has a Republican majority. More like political patronage/cronyism.

Why does the senate now feel the need to “share the love” by decentralizing state functions? And why does state government need to move its functions to correct this free market deficiency?

The R or D by someone’s name doesn’t mean they won’t be a hypocrite when the need suits them.

They would move the entire legislature out of Raleigh and into the backwaters if they could. Hell maybe they will, they’ve certainly tried many other “innovative” ways to stick it to cities.

Sounds like a recipe to make the whole state liberal, educated, and vote Democrat (or whatever party is seen as liberal in the future). Republicans not very forward thinking, methinks.

It’s just ignorance. People are moving to the cities. Why move the jobs away from the people?

…in my opinion…
Like most Communist ideas, if you can’t get Capitalist to move to an area, utilize government to move the business to the people who will add to the local job and tax base

It’s just ignorance. People are moving to the cities. Why move the jobs away from the people?

Oh, these workers aren’t going to live in Granville County to be sure. Watch Wake Forest explode with growth if this happens. People will just commute from there. They would also commute from Durham or from far North Raleigh. It would be easier than commuting to Rocky Mount will be for DMV employees.

Reads to me like some legislators are desperate for anything new that they’ll move jobs that they can control. They either lack the know-how to actually revitalize the districts they represent or the flight from the rural areas of the state is really that bad that they need some kind of win.

I feel it for the rural areas of the state. As the market points the growth to the major cities, a respectful and strategic plan for the smaller cities and towns to properly contract is needed. What that looks like, I don’t know, but the moving economy they may have once had is now gone or on the way out.

Tough to swallow but that’s the reality of things.

Reads to me like some legislators are desperate for anything new that they’ll move jobs that they can control. They either lack the know-how to actually revitalize the districts they represent or the flight from the rural areas of the state is really that bad that they need some kind of win.

But, here’s the problem. The move to southern Granville County is only going to create sprawl. It’s not moving out of the Triangle’s sphere of influence; it’s just moving the sprawl toward the far north edge. It’s not going to help the people there other than creating a tax base for the county. Do we really think that they are going to be hiring from within the county?
If current employees don’t take the move (and I know one of them personally who won’t), then they’ll be replaced with new hires that are more likely to either transfer in from somewhere else or already live in the north part of the Triangle and won’t mind a 20 mile commute northward instead of toward RTP.

Oh I get all that. I just see them being able to say something like, “During my term, I created 2000 new jobs in my district” or something like that.

Also, we need a better way to judge the things the NCGA proposes and whether it may actually stick or not. They propose some barbaric things that never really go anywhere. It’s good for the news but may not really be something worth taking seriously.

If the building(s) become state owned, then the county will get screwed out of the property taxes. They will have the 2000 jobs however.

Oh, I didn’t know that! That’s very interesting. So, the county gives them free land and the state freeloads off of them while all the workers choose to cross the county line to live? Is that the most likely model?
I imagine that EVENTUALLY, growth would come to Granville with it but I doubt that it would happen terribly soon.

Putting state offices/institutions in various parts of the state has a long, long history as a tool for economic development and growth. It isn’t starting with this Assembly, and it won’t stop with them either. While moving departments is new, I see it as an outgrowth of a tradition as old as the state. Heck, Wilmington; Edenton and especially New Bern & Fayettville must have all felt slighted that the state carved a whole new town out of the woods for the permanent Capital. Its the same impulse that saw the state university established a day’s horseback ride from Raleigh, so the capital city wouldn’t hog everything. Expense-wise, which is cheaper? A new tower in downtown Raleigh or office park style complex in Granville Co? The DMV move to Rocky Mount might just save that poor town. HHS could do the same for Granville, but I agree with @dtraleigh that is probably just going to produce more sprawl. But Raleigh’s economy is self-sustaining now and a shrinking government footprint shouldn’t have a serious impact, especially if state land is open up to development.