There is already a pretty good plan heading north of DT that was drawn up for the High Speed Rail project. Just a matter of making it happen.

Bear in mind that the south end of the Park Avenue tunnel in NYC – the end closest to Grand Central – is quite a bit below ground level. Coming out of the station, the tracks reach ground level at 98th St and are elevated north of there. Furthermore the tunnel has up to a 3% grade, which is manageable for passenger trains pulled by electric locomotives but infeasible for much heavier freight trains pulled by diesel locomotives.

Downtown Raleigh could be designated as horn-free for RR locomotives, but either the City or NCDOT would have to spend a lot of money to bring the gates and signals at every RR crossing up to the standard required to qualify for horn-free.

20 commuter trains a day to Wake Forest isn’t in the cards anytime soon. Possibly two inbounds in the morning and two outbounds in the afternoon. Even that would probably cost $75 million (today’s dollars) to build a suitable station in Wake Forest, restore the line to 79 mph for trains, and purchase the equipment. SEHSR is too speculative to assume you will already have a 79 mph RR between DTR and Wake Forest to use.

The tracks through Glenwood South will eventually look something like this once the HSR is implemented. 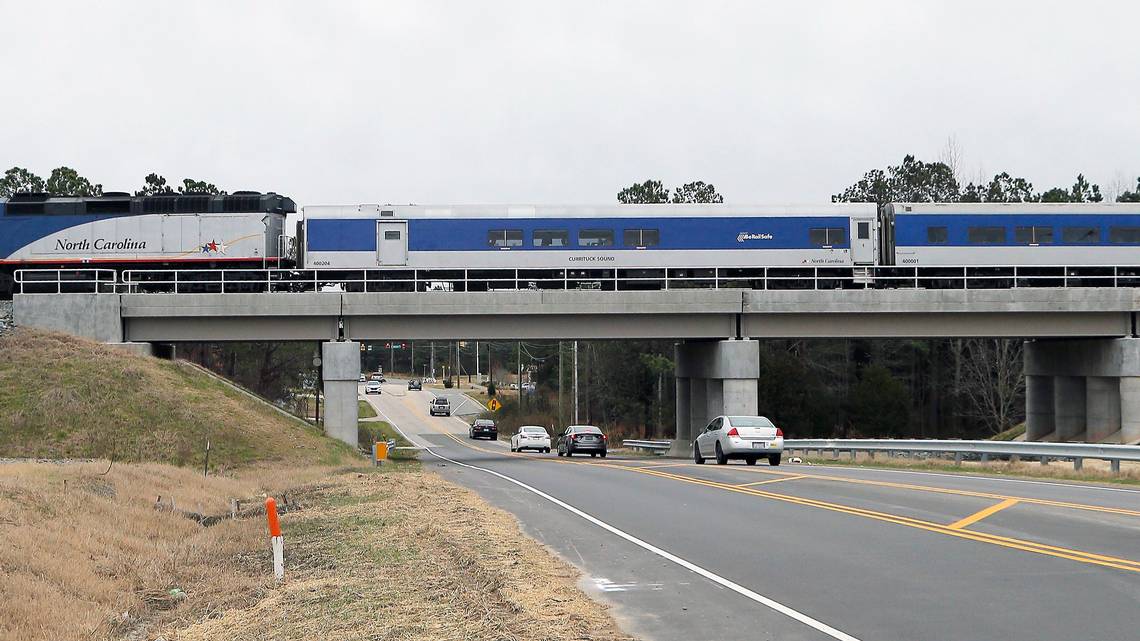 The 7th Ave Subway extension was part of the gov’t inventive plan for the HY developers. The Penn Station/Post Office plan has been in the hopper for decades and is gov’t money.