@dtraleigh & @R-Dub & @softfurrykitty
Should this discussion be on a separate thread?
I have also been wondering about the long term plans for those tracks. Discussion of DTR’s rr tracks come up in quite a few different threads. I would like to offer my two cents on this topic: in just the immediate area, say from RUS out to about north of Peace street, but in an actual circle, not a straight line, slowly put a cover over or bury the rr tracks?

I always wonder why we have the tracks split running north along either side if capital. And then joining splitting for good around Atlantic. Seems like they could route the on one side or the other. Plenty of space.

Because each set of tracks is owned by different companies.

If the HSR is ever built, there will be more tracks adjacent to the ones pictured. It will require a new viaduct from W North St to just north of Peace street. Hopefully the existing track (Norfolk Southern) can be incorporated into the new structure.

Sure. Let’s do that!

Well that explains it. But it’s frustrating. Hurts development along capital on both sides.

The tracks were there long before capital blvd was built. Downtown (capital) blvd was actually built in the valley that was pigeon house branch. 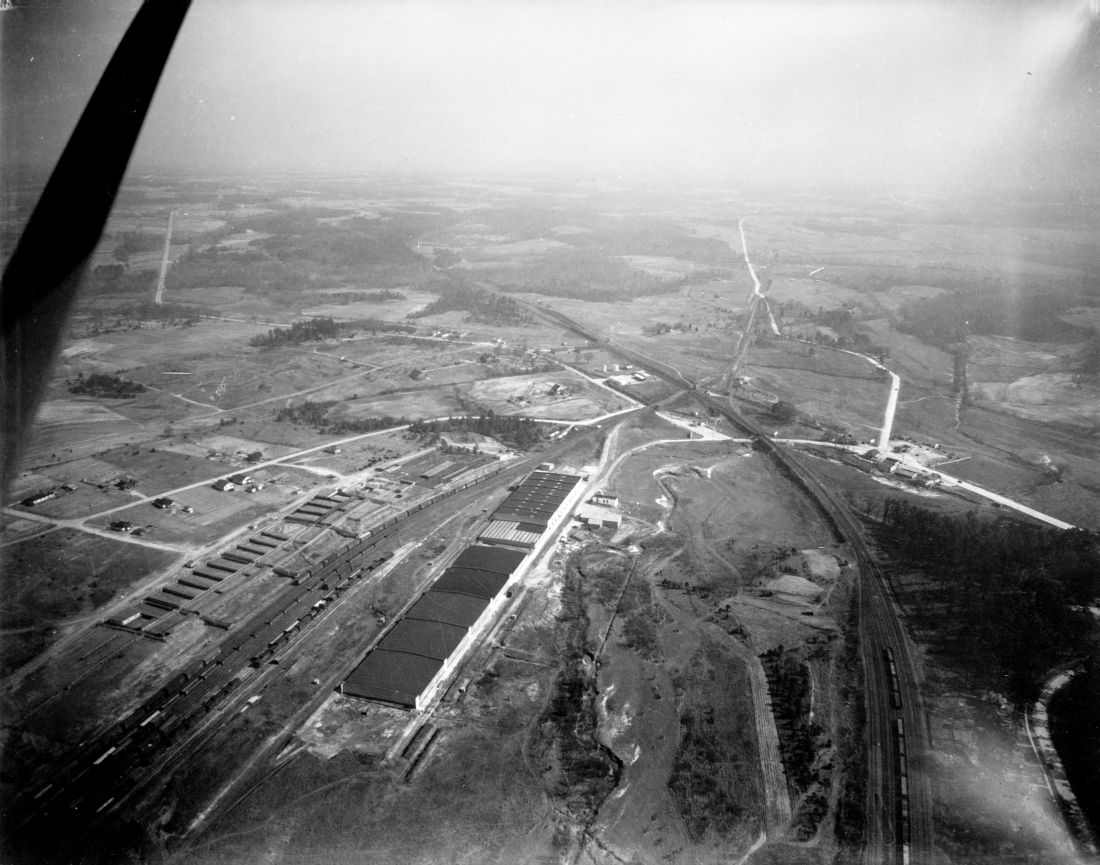 I have long thought the same thing. There is plenty of precedent for this sort of thing. They did it in Columbia SC in the 90s.

I would love to see a situation where, when the HSR line is built, it is built as a 4 track corridor, and both NS and CSX can also be moved to the same corridor as well.

Both of the yards north of downtown are also pretty minor, it would be great if they could be downsized and/or relocated as a part of the process too.

Exactly. I actually grew up in Columbia. I remember dodging trains all over that city. They key was knowing which tracks had an overpass or not. Get stuck at a train crossing you might wait10 minutes as the train crawls by, Only to stop, and reverse - while blocking half of downtown.

What you sketched is more or less exactly what I was thinking. Would free up a lot of land that could be used to develop a better connection between downtown and midtown.

The trick would be getting the railroads on board with such a plan. They have a reputation for intransigence, so they have to really think that there is something in it for them. Norfolk Southern would get to close their grade crossing at Fairview, and would receive a brand new viaduct to replace their low, aging bridges through Glenwood South, and CSX could do the same with their crossings at West and Harrington and their old bridges over Capital and Peace.

But those enticements alone would not be enough.

My preference would be to rezone the RR yards for something pretty intensive, DX-20 for CSX and IX-12 for NS, for example, to allow them to sell the land for maximum value. Even still, that is probably not enough, so they would need to be bought out. One way I can think of is to finance this with bonds backed by TIF revenue in the vicinity.

They would also need to relocate.

CSX’s facilities in Raleigh are sonewhat oversized for the scope of their current operations here. It was built for the operations of the former Seabord Air Line which was severed northbound inthe 1980s past Norlina, and is now considered a branch line. They already sold part of it to NCDOT which became Capitol Yard. I would envision relocating their local base of freight operations to somewhere between Apex and Sanford. Perhaps Moncure, which has a lot of heavy industrial sites served by CSX already. My take is that it would be possible to find a scenario that CSX would count as a win-win.

NS is a tougher case because Glenwood Yard is a bigger operation. They have a facility in Selma but westbound operations from there would be tricky given the diamond crossing of CSX’s main line. They have a yard in East Durham, which would be better operationally, and there is a plan in the works to grade separate all the crossings near there, but I’m not sure how Durham would feel about expanding freight operations there for the benefit of Raleigh. Operating from East Durham also wouldn’t connect well with the line to Fuquay-Varina with it’s odd diamond crossing of the mainline. A spot for interchange with the Carolina Coastal toward Wilson is needed too. All very complicated.

It might make sense to forget about dealing with NS for now, and work with CSX only, in conjunction with the HSR line and commuter rail to Wake Forest. That would probably yield 80% of the benefit for 20% of the work.

Anyway it’s not my job to figure this all out; the first step is to get it all on the radar of some elected official be it at the city or state level.

Where did you find this photo? Are there more from this album set?

Relocating RR tracks is one thing. Burying them is something else, if by that you mean lowering the elevation of the tracks (i.e. digging a new trench below the current grade and putting the tracks in the new trench). RR tracks must be kept relatively level. Even a 2% grade is difficult. So, if you want to dig a ditch (as was done decades ago in Gastonia and High Point), the project length extends for at least a mile. That causes other kinds of problems. Also, most likely you have to figure out how to pump water out of the ditch you’ve dug. And the ditch will need something like 22 feet vertical clearance – a shallow ditch won’t do, if you plan to build over it. And if you do build over it, then you’ll need some kind of ventilation for the exhaust from the locomotives. And anytime you dig a ditch in downtown, you run into water lines, sewer lines, natural gas lines, etc.

Moral is, moving RR tracks into a ditch is usually a very difficult, expensive, and disruptive project.

How about sale the air rights over tracks from RUS, Boylan St, east side of tracks to Hillsborough, maybe even as far is Jones. Could build a platform over the current tracts (see Park AV in NY North of Grand Central). On west side land is high enough where top of cover may even be below Boylan and along east side a wall could be hidden by back side of buildings, which would often be parking anyway.

Agreed. I can think of nowhere in Raleigh where putting the tracks in a ditch would be a good idea and worth the trouble. In Downtown Durham it might be worth it but that would have to be balanced against other options.

How about sale the air rights over tracks from RUS

See Hudson Yards in NYC… that is insanely expensive to do.

Yeah . . . we’re not quite at the point where that would be economically feasible. There’s still plenty of lots to redevelop in the downtown area before we need to start thinking of building over rail lines.

that is insanely expensive to do.

Sorry, I am sure I am missing something here?
The idea is to “sale” air rights, not buy them…

In a location like NYC and Chicago sure. But even in Atlanta they have to throw a bunch of incentives at the developer who is going to build above their Gulch. Basically, land values need to be higher than they are in Raleigh in order for air rights to be actually worth anything. Otherwise we will basically pay a developer to build something on top of the tracks. In addition to having to negotiate with very conservative railroads, it is difficult and expensive to build a foundation between and above active train tracks. Not to mention you can’t have a basement when the tracks are below. When the cost of dealing with all that is greater than just buying an equivalent size piece of land, then you could just say RR air rights development doesn’t pencil out. The city could do all the negotiation and hard work by building a deck over the tracks, and then sell that deck to the highest bidder, but we would probably wind up in the red from the whole exercise.

Probably the Glenwood/Hillsborough/West/Morgan block would be best/easiest spot for this since it is a very hot location and access is easy with roads on all sides.

Either way the tracks north through the Glenwood South area need to be addressed. Either the roads need to be sunk/raised or the tracks need to be re-designed. A north commuter line will mean more than 20+ trains will start passing that area and the noise (safety horn required at all crossings) and danger to people and cars will be too much.

City of Raleigh will need to figure this out eventually and plan to spend more than $100 million addressing this issue alone. Maybe they can get federal assistance like they did recently. State government support is a lost cause.

IMO, I think you are comparing peanuts to watermelons. Hudson Yard (HY) is over a huge switching yard for Pennsylvania Station and required moving around track and other issues. For Raleigh not a track is spaced so easy to avoid and supports for cover would be more like taller foundation columns. Most of the huge cost for HY is for the lux Condos, apartments, hotels, and high end office buildings (almost all twice as tall as anything in Raleigh) and whatever that Vessel thing is. Not to mention for price of couple of blocks in Manhattan land (air rights) you can likely buy up all of Raleigh ITB. Not sure if in cost but also included extending #7 subway line and as well a new Amtrak Station in front of Penn Station. Penn Station is becoming commuter only.

Addendum. I agree with other comments above there would be little demand for air rights in Raleigh. any time soon.