GoRaleigh and their elusive electric buses

About one year ago, GoRaleigh took delivery of five battery electric buses from Proterra - 2 40’ buses of their earlier Catalyst model (the same that GoTriangle, Duke University, and RDU Airport have) and 3 35’ buses of their newer ZX5 model. These buses are what seem to come out whenever GoRaleigh has some press event or some special occasion to show them off but good luck getting one in regular daily service. Outside of one big rollout day last August and a couple scattered other days, they’re kept in the garage on Poole Road as if they were fine porcelain in bus form.

I know Proterra’s buses have had some issues in some cities - see the issues SEPTA had with theirs or how in northern cities such as Worcester or Duluth they don’t make it out if the weather is cold or bad - but what’s keeping GoRaleigh from having them in regular service rather than using them for photo ops only. GoRaleigh’s official take is that they do enter regular service but the odds of seeing one in regular service has slightly less luck than seeing a real live unicorn, at least that’s what I observe doing fleet searches on Transee.. This when the 2021 CNG Gilligs that followed seem to get everyday use and the 2022s that will be following their lead and GoRaleigh is still using some of the 35’ ex-GoTriangle buses they’re running on lesser routes. What’s really happening here to keep a sub-fleet of buses for solely special occasions especially as some of the ex-CAT buses that are pushing the 12-year mark are not in good shape.

I’ll stop before crafting a theory about the 35’ buses being bought for the next rebooot of the R Line as a showplace, just like the handful of hybrid Gilligs they had and dumped as soon as they hit 12 years.

They say this transit plan will get the best bang of our buck but is it really?

They rotate them between routes so they’re not accused of route bias. 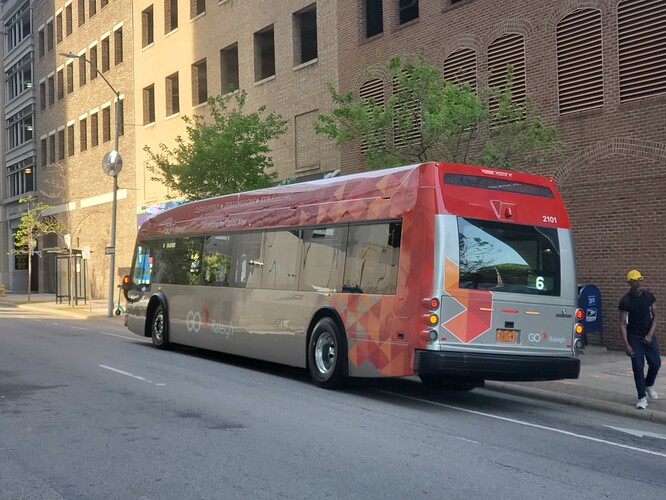 If they want real ridership the whole feet should be this.

As for going to an all-electric fleet, keep in mind that this technology barely existed a decade ago and then was quite problematic to have put all their energies in. Smaller systems are easier to convert, Asheville is going all-electric going forward and Rock Hill, SC started a ground-up system that is all-electric a few years back.

It’s a matter of how quickly they can roll out of the factory parking lot, too. There’s high demand by municipalities all over the U.S. and just not that many builders, assembly lines or parts yet.

I didn’t realize this thread was here.

The Future of transit in Raleigh Transit and Transportation

Saw one, didn’t hear it ;), early morning by the capital.

Spotted! Pretty sure this was my first time seeing one of these irl 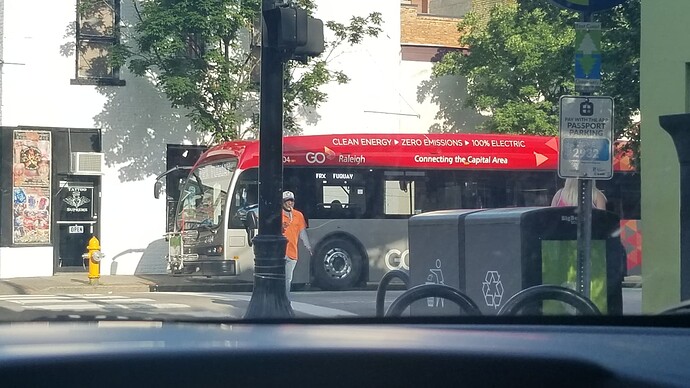 when i lived in reno, nv they had one. it might had been part of a test program. while riding, unless at the very back it wasnt much different than a hyrbrid or diesel. all the panels still rattle and creek. as far as charge time,cost or asset life compared to other busses im not sure.

Do they still do the “laughing” sound while braking??

Let’s play a game. You get a point for each day you spot and post a photo of an electric bus. 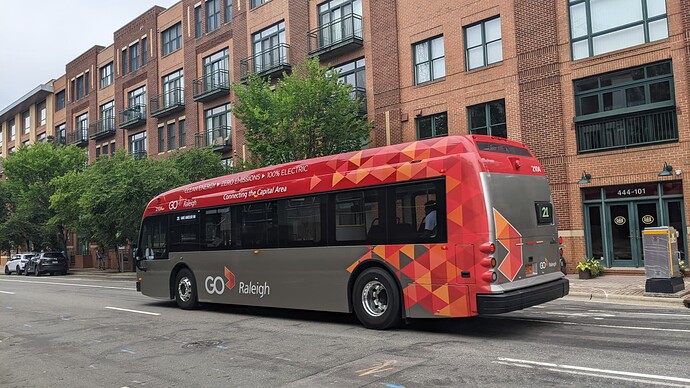 Do I get half a point or a negative point for this?

You can post that in the Compressed Natural Gas powered bus thread, see if the moderators there care at all. 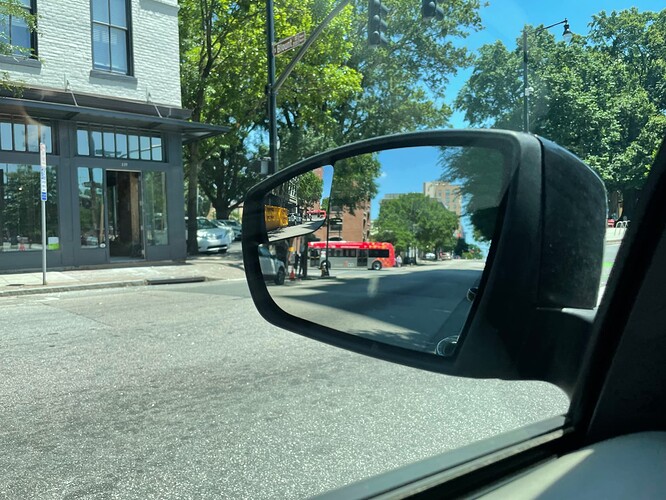 I’ve been meaning to mention I saw (what I believe was) a green GoTriangle electric bus on 40 the other day going east on 40 (I was on the way to the airport). Did we know they were using
electric busses?

yeah they’ve been using them for about a year now maybe more. The first one I saw was back in september of last year

They brought two into service in early 2020. RDU was the first to bring electric buses into the Triangle, and GoTriangle was second. 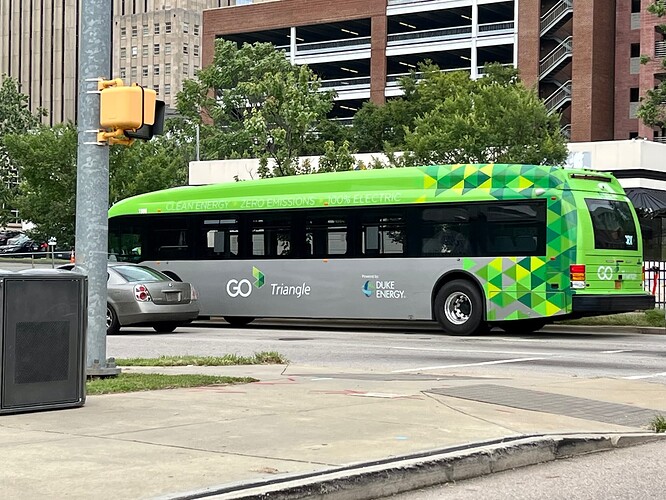 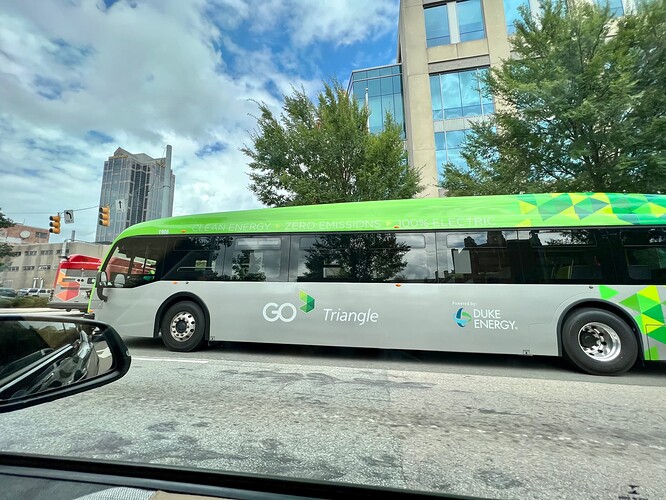