Raleigh needs something that draws in tourist! Ferris wheel, amusement park, etc. What should it be?

I’ve been saying since I moved here that it’s bizarre there’s no Six Flags or equivalent nearby. I’ve heard all the arguments, but the Albany area has Six Flags Great Escape and there’s Six Flags New England like an hour away, and La Ronde up in Montreal 3 hours away, and the stuff by NYC about 3 hours away. We’ve got Charlotte and Virginia, and several million people in the Triangle/Triad without anything.

Not a tourist attraction per say but is the Top golf and indoor skydiving complex still planned on Page rd in RTP? All I can find is a Biz Journal article from 2019 and nothing since.

Even if we have something like the gateway arch people will come, and obviously not an arch but some structure that when people think of it they think of Raleigh or vis versa

Raleigh needs to know what it is before it can even begin to create a structure that people will identify with it.

I’ve said this since 2017, Raleigh needs to be known for being environmentally friendly. Raleigh should have a indoor tropical park/greenhouse within a skyscraper. That would be a great attraction in my opinion because depending on how nice and big it is it’ll be known around the world. We already have a nice science museum that once had a million visitors every year prior to covid.

I think Dix Park has the potential to end up being at least a regional draw. Same with the discussed Raleigh BBQ trail. Make Raleigh a BBQ destination, like Memphis, KC, etc.

Raleigh should have a indoor tropical park/greenhouse

I like the idea of a tropical indoor greenhouse. That would be something unique. I think Raleigh could really use a zoo, but there is the NC zoo in Asheboro and I guess would compete with that. I think a tropical greenhouse is something along those lines, but not in direct competition with the zoo.

Also - EPIC video games museum / arcade & E-sports center. This is something we could become a leading city for if we pounce on it. E-sports will blow up in the next 10 years, and Raleigh (or Cary if that’s what it takes to get EPIC on board) could be one of the premier locations. Now who knows Tim Sweeney to talk him into it? They certainly have the cash to build / sponsor something like this. I am hoping their Cary Town Center site has this in the plans, but they have to go big.

Agreed. This area has a great variety of outdoor recreation options that should be highlighted and celebrated. I’d love to see it become known for outdoor adventure type events (mountain biking, bikepacking, adventure races, etc.).

Having spent more than half of my life in Florida, I’m personally not a fan of contrived, marketing machine amusement parks and the types of tourists they bring.

Amen to this! Attraction with purpose, not a Disney, pls.

Love some of the ideas above!

There should be an organized tourism office for College Basketball. They could organize tours, setup a small museum, make a documentary to show at the museum. But it needs to be done right and must have the cooperation of the 3 athletic programs and universities. IMO, There is no other rivalry in all of sports better than Duke-UNC.

One of the big things about Raleigh not having “attractions” in the traditional sense is our geography. We don’t have a harbor like NYC or Baltimore, mountains like Asheville or Denver, or even a river like Richmond (we have discussed this ad nauseum on here so I won’t belabor the point). Something like Dix, where we can create an outdoor attraction out of nothing, even expanding Rocky Branch through the park, would be a major coup.

As an aside, I’ve always thought Lake Crabtree would be enhanced by some restaurants overlooking the lake near the Metlife/Verizon buildings.

Not many people are building amusements parks out of whole cloth anymore. For every Disneyland, there are three Old Chicago’s, DestiNY’s or American Dreams to serve as cautionary tales. These things are almost synonymous with “failed economic development schemes,” so it’s better to work on enhancing attractions through our natural assets.

I’m all for the Smithsonian of the South. I’ve heard this every now and then. The museums are top tier. I believe the History Museum is supposed to expand into the parking lot to the east of it’s current location. I would like to see more museums.

I think Dorothea Dix Park has the ability to become a major attraction. This can become something that could be more than simply a regional draw. They could put up a Ferris Wheel there.

I consider Red Hat Amphitheater to be a good tourism draw. I’m sure it will do well in Dorothea Dix park as well. We do have the Hurricanes. The big globe outside of the Natural Science museum has been listed as one of the most Instagrammed spots in Raleigh. Not to stir up a topic that has already been discussed constantly, but I would love MLB.

I would consider the greenway to be unique in Raleigh. I’m not sure how big other cities greenways are. One of the East Coast Greenway trails does technically come through Raleigh. I think enhancing our greenways could be a major draw. I love walking the greenway. I especially walk the portion from Crabtree Valley Mall to Longstreet (North) and the portion from the mall to the Art Museum and then further to downtown. Once they finish the Crabtree Creek Trail to Umstead, I know I’ll be walking that one as well.

Nashville has Doug the Pug. I wish we had that… 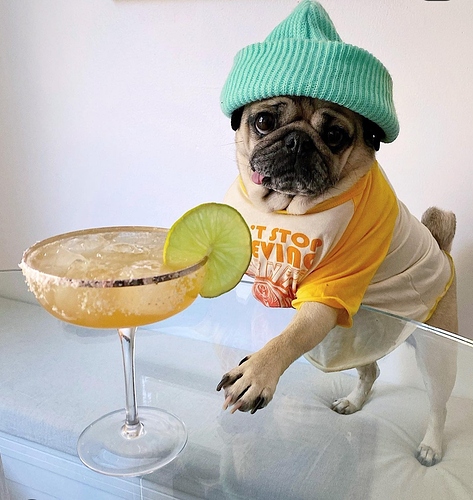 The Artery could be Raleigh’s Beltline (Atlanta). I know we’ve discussed that quite a bit in various places, but done right, that in itself could have so much amazing things surrounding it and the Artery connecting it all, it would be amazing.

We’re going to make that happen! You can really do some great things connecting it to Dix and Devereaux

I think one of the best suggestions I heard/saw lately was to get the topic in front of an applicable NC State department and try to get a student to adopt it as a thesis or project.

What’s the Artery I’m not familiar with it.

Here’s a good start. It’s the brainchild of Mr. @orulz with input from other various members of the community here.

That’s a great idea! I know often times in Atlanta the company I’m with would partner with GT to help them with senior projects in the Civil department. Wonder if something similar could be done here.

Well, I couldn’t agree with you, nearly every metro area has one in their city or around their cities in a suburb in the metro area.