Stumbled upon this article today - honorary mentioning of Apex/Raleigh as an example of the reemergence of the burbs around the country and the bad side effects for traffic, schools etc 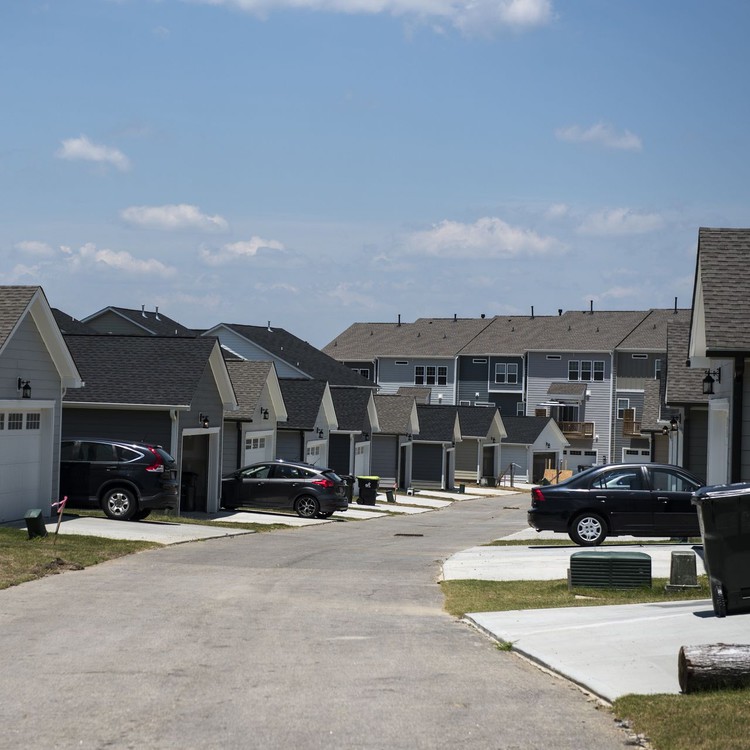 American suburbs swell again as a new generation escapes the city — The Wall...

Rising housing costs in the nation’s most popular urban centers have slowed their growth. That’s speeding an exodus of residents to suburban communities, which now account for 14 of the 15 fastest-growing cities in the U.S., causing strains along the...

Any chance you could post another link to (or at least pull some of the important quotes from) the article? The WSJ is one of those news sources that have a pretty high paywall…

Hmm. I sent the apple news link because that’s how I could read it without paywall

sorry that’s all I have. On WSJ the paywall kicks in for me as well

I feel like this article belongs in this thread too 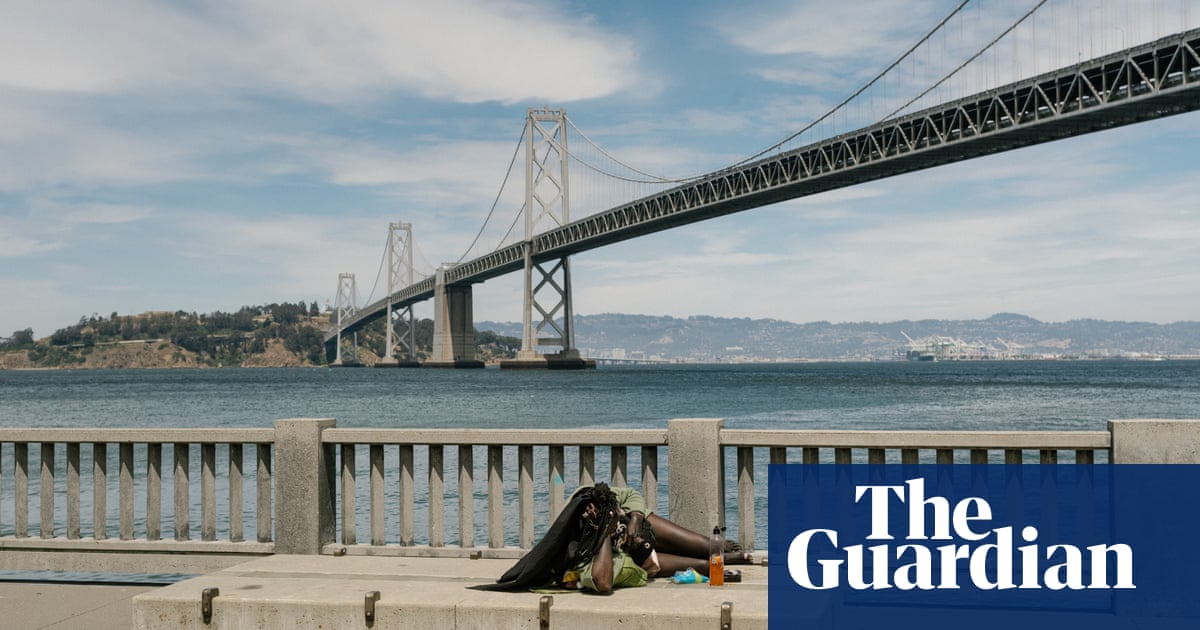 'We all suffer': why San Francisco techies hate the city they transformed

Amid a homelessness crisis, sky-high rent and a surplus of rich people, insiders bemoan the effects of their own industry

Try this Google News search, then click the article headline from the results: https://news.google.com/search?for=american%20suburbs%20swell%20again%20as%20a%20new%20generation%20escapes%20the%20city&hl=en-US&gl=US&ceid=US%3Aen

People love living in the suburbs. Especially here in the greater Raleigh area. And I am one of those people. I love my house and my yard and my neighborhood. I would never live in an urban environment. Most people in this area probably think the same way I do. It is what it is.

While I agree that like you, most people in this country actually love the suburbs. As the above article in the Apple news infers, however I would add that its nothing new and has been happening mostly since the 1950’s. Although a lot more recently as new areas like Apex, Morrisville, Cary, Wake Forest, etc keep getting noticed. I think that those types of suburban areas in the older N. E. cities have already built-out and are overly congested. So, people move to cheaper areas with less crime, but now what happens when these places get over-run and built-out, and have increased crime? Do we finally address the actual problems head on or where do we go next? Further South? I think that places like DTR and all across the U.S. are also on the rise, despite the articles view otherwise. Again, the older N. E. Downtowns may have number drops but, i am not sure how real they are as telling the whole story. I would be interested to know if you went to some fo these neighborhoods in the center cities of the N. E. (and others) if change is smaller and more meaningful? Either way, suburbs are here to stay, like the roads they inhabit, and its our responsibility to help educate and share how we can all live together until there are no more options then to build up or finally go underground or under water…Lol

What does the Community think of state action to curb single-family zoning?

Oregon’s legislature just passed a bill that would require cities over 10,000 in population to allow duplexes in single-family areas, while cities over 25,000 would have to duplexes, triplexes, fourplexes, and “cottage clusters.” The bill now heads to Gov. Brown, who is expected to sign it.

I can’t imagine that would be an easy move to replicate in this political climate, but as much as the Triangle (and other NC cities) sprawl, it’s worth considering.

I hate the idea. And I think it would be political suicide. Also, I think that in general cities should be allowed to create their own destinies.

Hi TedF, I would really appreciate more on “why” you “hate” the idea?

I like it. As long as it doesn’t conflict with safe building code regulations, I have no problems with giving people an option to add density.

I think that the scalability of it is appealing as well. Larger cities having the option to go tri or quad plexus is nice.

It’s not saying that you’re required to add density, just that you can’t be stopped. Local municipalities, even a city like Raleigh can over-regulate. If one councilman sees a neighborhood they don’t like you could end up with a regulation that prohibits an entire building type. In some cases the neighborhood they don’t like is just bad design rather than a function of the density or type of housing.

Not in our lifetimes will North Carolina, whether controlled by Republicans or Democrats, pass a law outlawing single family zoning. It’s not going to happen, but I’m sure that one party wants you to believe it will happen here to bolster their political position.

What’s been interesting to watch in Raleigh and Wake County over the last several decades is the densification of our suburban developments. It used to be that single family lots were measured in acres or percentage of an acre; today lots are getting smaller and smaller and are more often being measured in square footage as small as a few thousand square feet.

Without any ban on single family zoning, we are already seeing larger lots being subdivided into two or more lots for more single family homes in mature neighborhoods across the county. I suspect that we’ll only see more of that in future, especially on deep, corner, half acre+ lots.

Outside the category of true luxury developments, and outside those that are in the watershed (usually both at the same time these days), we are going to see more and more subdivisions being built in the county that look more like suburban California than anything we used to see last Century. The homes won’t necessarily get smaller, but the lots are going to really tighten up.

Older, more modest neighborhoods built on large lots will continue to see homes upgraded, expanded or replaced with larger homes. This has been happening for years now and I don’t expect that to stop anytime soon as people desire these larger lots in more convenient areas of the city.

Older, more modest neighborhoods built on large lots will continue to see homes upgraded, expanded or replaced with larger homes. This has been happening for years now and I don’t expect that to stop anytime soon as people desire these larger lots in more convenient areas of the city.

I hate to admit it, but my Brother-In-Law recently bought an old house in an established neighborhood in suburban Boston, tore it down, and built a McMansion on the lot. I hate it, but those who can afford it and do what they please after they buy the property. It isn’t just a Raleigh problem, it is happening everywhere.

Good luck.We can;t even get ADU’s.

Why would I want my perfectly fine single family home neighborhood all of sudden being inundated with duplexes? That’s not what any of us bought our homes in our neighborhood for. More traffic and people in what is now a pretty safe neighborhood to walk and ride bikes. My street is narrow so that if people park on both sides of the street only one car can drive through it at a time. No sidewalks. And believe me I understand how everybody in here wants density, but not those of us who bought a house in a suburb.

I’ll admit that I’m positively inclined toward the idea, though I have some serious misgivings about the state government forcing municipalities to change their land-use patterns. But I do agree that it’s not likely to be a popular solution in this state for some time to come.

Just curious — what are your thoughts on individual cities taking this step? (Minneapolis recently made a similar move, and other cities are considering it as well.) Would you be okay with limited density increases (duplexes only, perhaps, rather than the other options allowed under Oregon’s bill)?

Without any ban on single family zoning, we are already seeing larger lots being subdivided into two or more lots

Isn’t the classic choice always between living closer to the city core and accepting smaller space, or living farther away and getting more room? Anybody who lives outside of the downtown and wants to retain the “character” of their neighborhood should always support more density downtown since it keeps this choice intact. Of course, as the area grows in population, the market demand will naturally make that area of increased density/smaller lots grow in size (like in the examples above), but the more density than can be created closer to downtown, the longer it will take to affect the 'burbs.

Same. Generally against state governments forcing cities and towns to do anything outside of provide civil protections. The urban/rural cultural and political divide seems like it’s only going to grow in the coming years, and allowing reps from rural areas to pass rules that disproportionately affect urban areas (and vice versa) seems like a recipe for disaster. Zoning issues would definitely fall under that umbrella.

As for the increase in people, that can happen anyway. With my same 10 SFH example, what if a family of 10 moves in to each one? That’s 100 people. But with 20 units, you may only get a family of 5 in each one. Same 100 people. Maybe it goes up, maybe it goes down.

To a certain degree, duplexes should plan better for parking and not offload parking on to the streets.

I definitely think that doing this statewide is a very bad idea. I would be more agreeable to cities taking up the initiative on their own. Keeping the accountability local is very important. If Raleigh wanted to do it I would be okay with it although personally I would definitely not want Cary to do it. I guess that would make me a NIMBY (which is not a good thing to be is this particular blog).

I don’t have a horse in this race because I’ve only lived in multifamily my entire adult life. I’ve gone from renter to owner over time, but I’ve lived in large and small apartment complexes and a quasi-urban duplex as a renter, and owned suburban and urban condos since my time as a renter.
That said, I can fully understand why owners of SFHs want to keep their neighborhoods that way. If I owned a SFH, I would be concerned about my property value and the perception that infusing multifamily anywhere that it could be built might lower my property value. This would especially be my concern if I lived in a more suburban part of town or in an actual suburb.
I think it’s too easy to cast aspersions on people who want to retain their single family home neighborhoods and that’s not terribly fair.
I am all for density, but given Raleigh’s current nature, I am more for that density to be more appropriately located in nodes that accelerate transit options in the future, and nearly all of these areas are not in single family neighborhoods throughout the city. Certainly there are exceptions to this rule in downtown adjacent SFH neighborhoods, but these neighborhoods are already more likely to have a sprinkling of duplexes and small apartment buildings.
In summary, I don’t think that we are well served by seeking uniform density across the city, and that’s an impossible task anyway. I also don’t believe that NC, Raleigh, Wake County, or any other municipal entity will push for removing SFH zoning anytime in the near or middle distance future.