I know…I know here he goes again talking about rail, will maverick ever learn ? Commuter rail, light rail or any kind of rail is not a favorite topic here, But with so much research and preliminary studies and the cost of having a rail system in the Triangle, and the recent downfall of the Durham/Chapel hill light rail line, one has to ask, "will the triangle ever have a rail system in place ". There are triangle transit buses like the 100 and the 105 that get to and from RDU airport, which is convenient for riders, myself included, so shouldn’t a rail line do the same ? At least it will be a start and not frown upon. 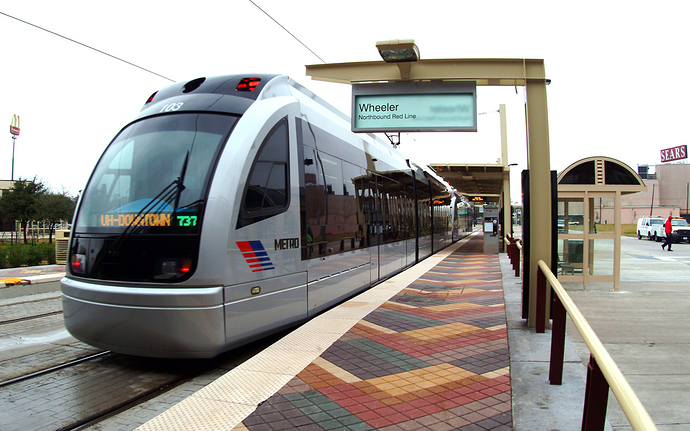 Note : here is a Article back in April 2015 from the news and observer in regards to rail in wake co, https://www.newsobserver.com/news/local/counties/wake-county/article17895290.html

I know…I know here he goes again talking about rail, will maverick ever learn ? Commuter rail, light rail or any kind of rail is not a favorite topic here.

They’ll have to learn the hard way that buses and BRT are never going to do what rail can for transit. I’ve seen this story play out again and again. Lots of US cities have used BRT and the moving goalpost of “we could improve buses more first” to delay rail until it was too late…

However…
This reader really didn’t know an RBUS to the airport was an option. Before we even think of spending million$ and million$ (and political impossibilities) on rail to and from a few select places to and from RDU, how about marketing what is in place better? @OakCityDylan, as much as you travel how do you commute to RDU from downtown? It’s a hell of a lot cheaper to add more routes to a bus line than it is to build rail!! Sorry to be a realist.

I’m assuming this is one of those things where some of us have gotten into such lengthy, wonky arguments that everyone else lost track.

So. Let’s settle this once for all, and bring out all the receipts.

Why we can't seem to shut up and agree about rail transit in the Triangle:

There seems to be three major clusters of belief that people on this forum like to gravitate towards. Their sentiments can basically be narrowed down to these sound bites:

You can also divide all three groups by transit modality, like:

…as well as by geography (people’s ideas differ depending on whether you’re talking about DTR, NC State’s campus, state fairgrounds, Cary, Morrisville, RTP, RDU, and elsewhere).

TL/DR: “let’s build rail in the Triangle!!” sounds like a cool idea, but it turns out that people have VERY different ideas and assumptions, depending on how you frame the question.

OK. Well, let’s just focus on the whole RDU thing, since that’s what this thread is about.

RDU currently has a bus connection directly to RTP and downtown Raleigh (the GoTriangle 100), and GoTriangle’s been trying to make a cute attempt at promoting this. They’re also planning to add a consolidated rental car facility among other amenities, too. 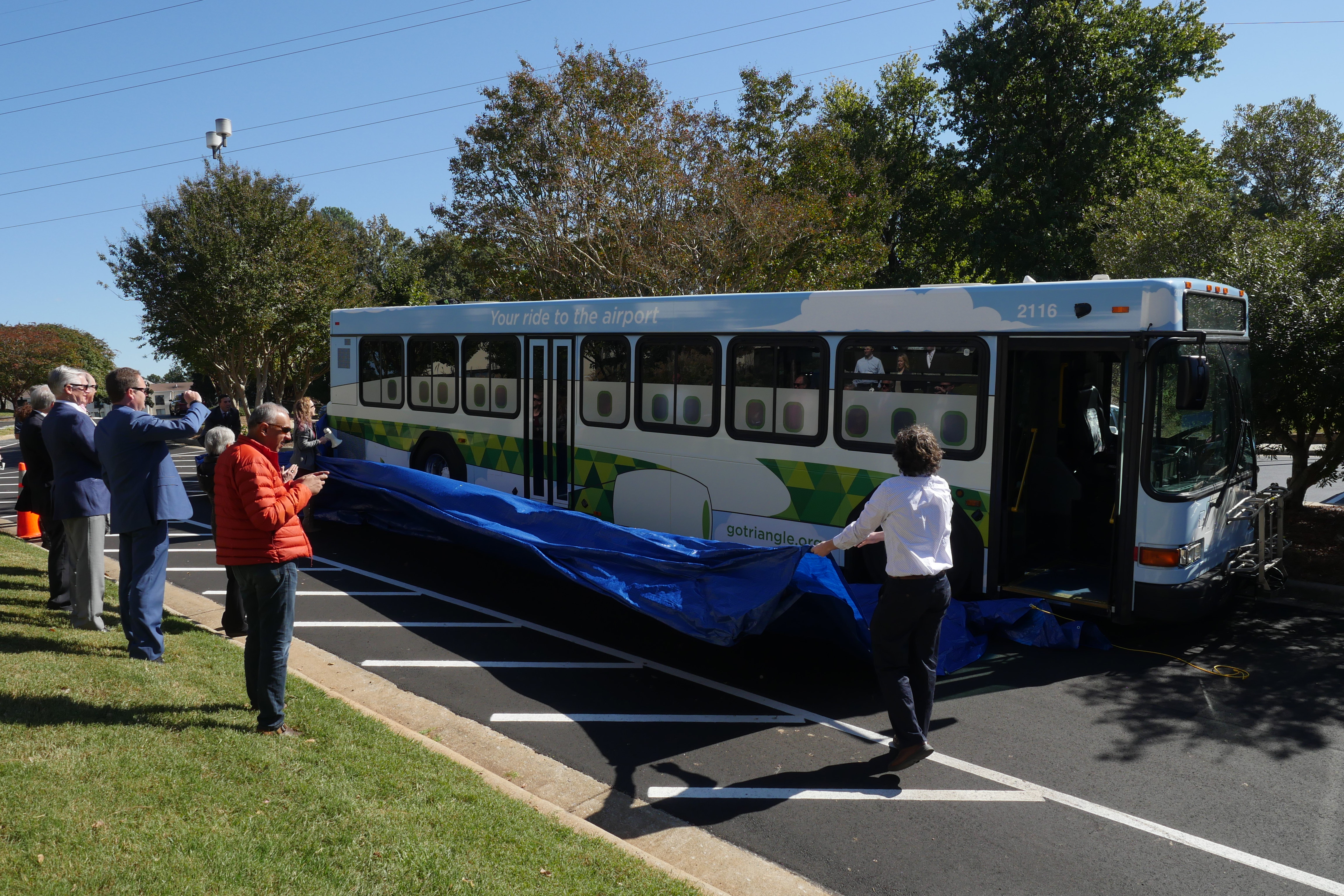 Obviously, they can be better advertised, and that’s something GoTriangle and CAMPO (the regional transit planning agency) are trying to do. On top of a MASSIVE to-do list to make Raleigh’s bus system more reliable and convenient, thanks to a voter-approved funding spike that started in 2016.

One of the big goals in this plan is to introduce increased service to Chapel Hill/Durham and Raleigh.

via RTP and RDU.

The Wake Transit Plan will increase bus service and:

GoTriangle’s 100 buses already have 30-minute headways every day during the day (yeah they can do better and have even more RDU connections, but it’s still an improvement from 60 min. in years past?), for starters.

Reminder: because we’re not a dictatorship, our public infrastructure has to go through years of hoops to demonstrate that building a thing won’t destroy your wallet or environment in the process (read me). It literally takes decades to go from an idea to having shovels in the ground because we, as a society, believe we need to take our time to make smart, informed decisions with plenty of time for people to speak up and say “no”.

…and we already have improvements in the pipeline to make things better in the next year, as well as by 2024/2027.

But ok, fine, specifics about rail in RDU. So here we go.

Recent posts on why it's a bad idea to make a RDU detour for the Durham-Garner commuter rail proposal:

There are a lot of limiting factors to take into consideration. The station would have to be at the end of a wye, thus requiring curved approaches [from any direction into the airport]. The line would have to weave its way into the complicated network of access roads already serving the airport as well. The wye would have to start/finish at a point no farther north than the south side of I-40, because a bridge or viaduct over the roadways north of that point would penetrate the clear areas required at the ends of the runways. Because of that, the curves for the wye would be a tighter radius. I think given the traffic volume at RDU, the expense of such a setup would be prohibitive from the start.

That need for more passengers [on a Triangle commuter rail line] is also a reason I don’t think the money for a commuter rail should be spent to make that connection.

If you let the commuter rail do it’s own thing and make it as efficient and cost effective as possible, then it becomes the airport authority’s responsibility to take advantage of it. […] If the rail is a success and traffic becomes a bigger problem in the future, then RDU could request funds for a people mover on their own. […] That way they can decide how it works with their parking and bus situation, they can set the schedule, select luggage specific pods and charge whatever works for the ride.

Just to get everyone up to speed, in case you didn’t see the whole thing; sorry for the long post, again.

Either Uber or wife. Yesterday I picked her up from the airport. Today I went via Uber. When I get home Thursday, it will probably be Uber. See a pattern here?

I mean honestly, young people, or even seniors for that matter (my parents have noted that their retirement location is heavily dependent on public transit) will just leave Raleigh.

Like, no matter whether Rail can’t work or not, people are just going to leave and growth will eventually stop. There has to be reasons to put up with the increasing traffic.

Ofc not. But I mean, a lot of people move here for the potential, jobs, and colleges.

I know all kinds of people who hate the winter in Boston but refuse to leave because of how much they love the city.

If the traffic increases at a steady rate, no usable public transit gets built, and development is stifled by politics, Competitor cities like Austin are going to surpass Raleigh and soon the population growth will stop IMHO. However Raleigh is still making strides. Some public transit systems have been detrimental to cities.

I take the Marta in ATL from the airport to Buckhead and back all the time. It’s so easy and convenient. No worry or traffic… I know how long it will take to get there, etc. And its actually pretty clean. I think it would be so great if we had a rail line straight to the airport that took you right in.

Nobody disputes that an RDU rail link would be nice. But here in the real world, things are more complicated than that.

As much as I would love a fixed rail line to RDU, light or heavy, I know its far far off. More important is getting the main line up & running. We can add on & perfect it later. For now lets get the dang trunk line going!

Bostons T is falling apart at the seems.

New York is Old as could be and not well maintained.

Better if Raleigh can do something simple well than something extravagant and have it crime-ridden or fall apart. 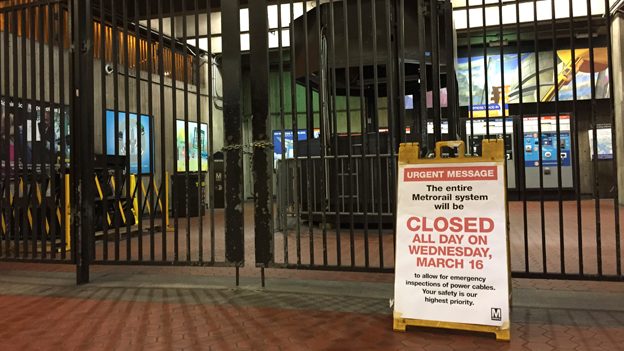 Playing The Metro Blame Game? Start With Decisions In Decades Past

Metro has been the object of a lot of scorn this week after shutting down the rails for the whole day Wednesday for emergency inspections, but the maintenance problems actually have roots that go back as far as four decades.

“Starting with decisions decades in the past” I bet we will see an article like that about GoTriangle if they go cheap.

Skipping the airport (for now) is not going cheap. It is being smart.

For sure, Best to get Commuter done first. I didn’t mean cheap by skipping it I meant by building cheap stuff.

I think the problems Charlotte is having are rooted in sheer managerial incompetence. Their infrastructure is mostly new for one so no opportunity for deferred maintenance to come up and bite them yet. Siemens S70s are kind of the benchmark for LRVs worldwide, and especially in the US. Nobody else is having problems with them quite like Charlotte.

They did make a few mistakes by building stuff on the cheap (2 car platforms, gate designs for crossings in the median of N. Tryon) but things like cutting frequencies and not fixing the issues causing the trains to go slower than schedule are operations and management, not construction problems at this point.

guess this could be call related;

I love the idea, but I doubt we would ever get high speed rail, and I even doubt if Raleigh will ever get commuter.