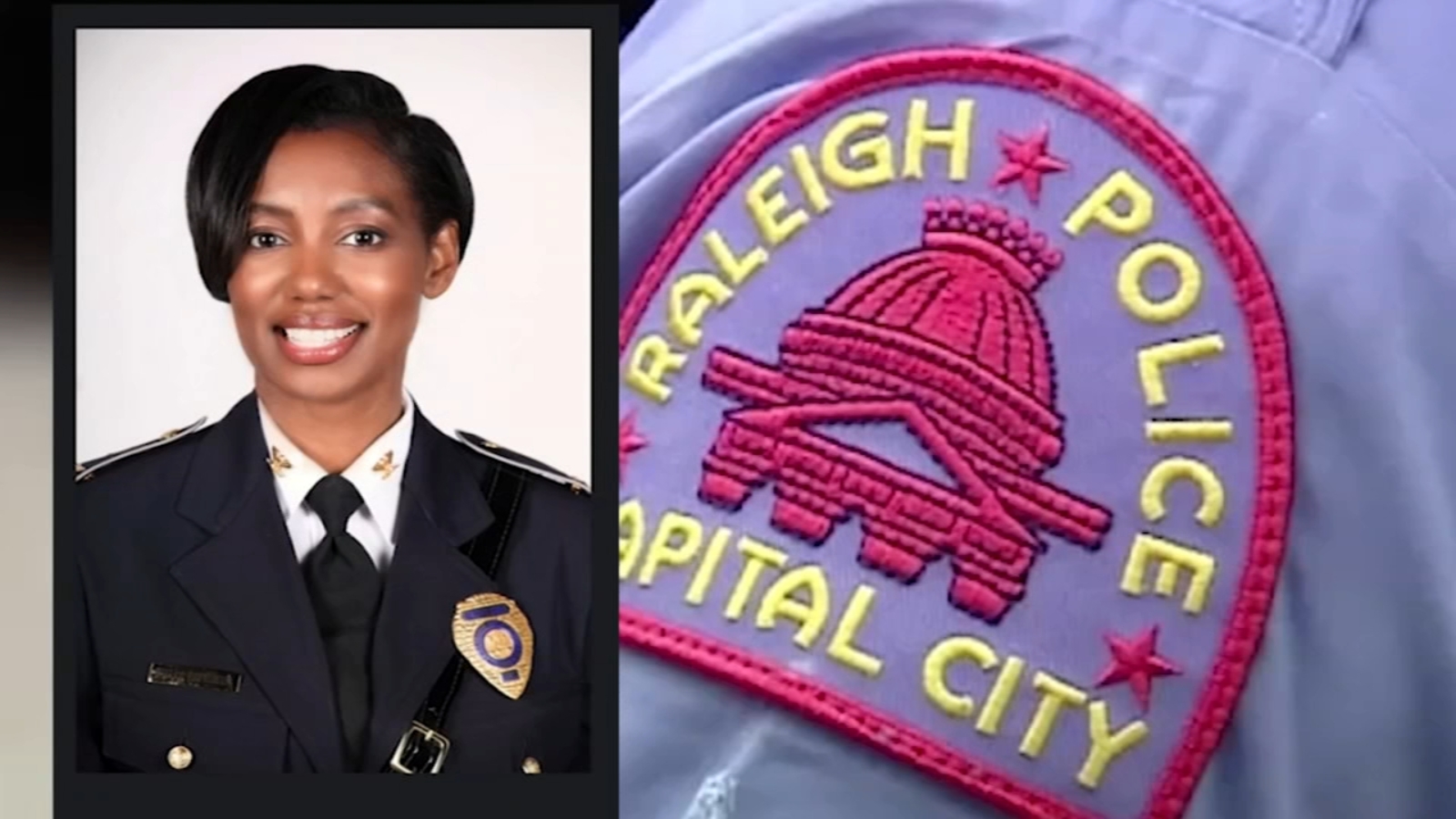 The city of Raleigh announced on Thursday that it has hired Estella Patterson from the Charlotte police force as the new police chief to replace the retiring Cassandra Deck-Brown.

She summarized her vision of her tenure like this (or you could watch the full candidate’s forum):

I want to make Raleigh the safest city in the United States, and it’s not far from that. I desire to be the chief because I want to push forward 21st-century policing ideals. We are in a time now where policing is more important than ever to rebuild the relationships with the community.

Patterson will be diving into some rough waters when she starts this August. Lack of trust in the police (and downstream effects of that like out-of-hand protests) took a toll on downtown businesses, after all. Plus, there’s problems with holding the police accountable: the police are refusing to cooperate with the civilian board that’s supposed to oversee them, a situation that got so bad that two of its members quit in protest.

Good luck to her with this important and difficult job!

I think there are a lot of valid criticisms of policing in the US, but I also think it is necessary and really tough job.

IMO, policing needs to be simplified to just that: policing. The departments are asked to do too much social work and other duties that mix the public message of their roles. For example, if someone is in mental crisis we should have resources other than the police to call.

Portland is attempting this with a pilot program I believe - social workers show up with snacks and water and try to diffuse the situation. Training dispatchers to determine from the 911 caller whether there is a weapon is critical. The minute an unarmed social worker gets killed responding to a call, good luck recruiting going forward .

FWIW-- they are currently hiring to fill the roles of a new ACORNS team (Addressing Crises through Outreach, Referrals, Networking, and Service) where police are paired with social workers. This will take some time to get the right people in place, but still encouraging that attempts are being made to make changes.

100% agreed. Unburden the police. They can’t be expected to be drug treatment counselors, marriage counselors, mental health professionals, or even crisis managers. We have pushed too many social ills onto law enforcement to handle.

I agree wholeheartedly. And now that they’re handling fewer services, I’m sure the police budget will be reduced in direct proportion to the services they’re no longer handling. claps hands together and whistles while walking away

To say this less snarkily, yes I do agree that the police budget is way over bloated and that even a small fraction could be reduced and spread to other social programs and services that the police no longer need to (read: Never needed to) handle.

I listened to the townhall held for all three police chief candidates and Ms. Patterson was by far the most impressive of the group. doesn’t surprise me one bit that she was chosen. Best of luck to her.

Generally, I think the RPD is a great Department. Corruption or misbehaving cops are almost unheard of in Raleigh. Commit a violent crime in Raleigh and you will get caught 9 times out of 10. RPD detectives don’t play around. can’t say the same about Durham. And Raleigh has double the population. But there have been a few instances were the RPD have mishandled cases involving people who were mentally ill or unstable. so i’m all for allocating more funds in this area for more qualified pros.

Reposting what @Jack brought up in the local news thread: 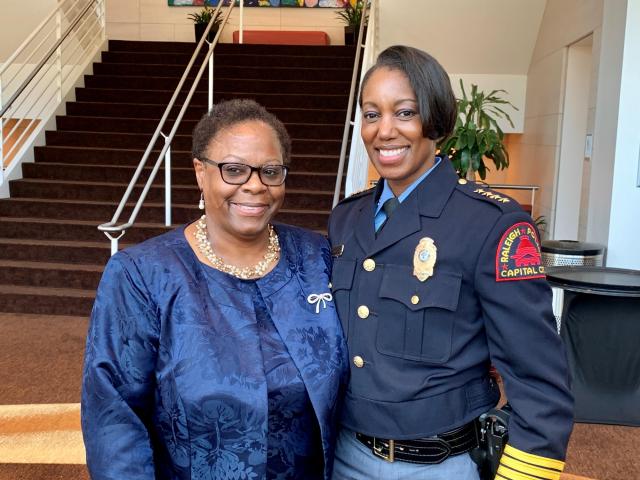 Raleigh police chief Estella Patterson was sworn in Thursday morning at a ceremony in downtown Raleigh.

You can also listen to the N&O’s excerpts of Patterson’s inaugural speech, where she does a really good job at outlining how to do better on a wide range of things from staff shortages to community partnerships (and some good jokes along the way).

It’s at the Justice Center, so putting it here: 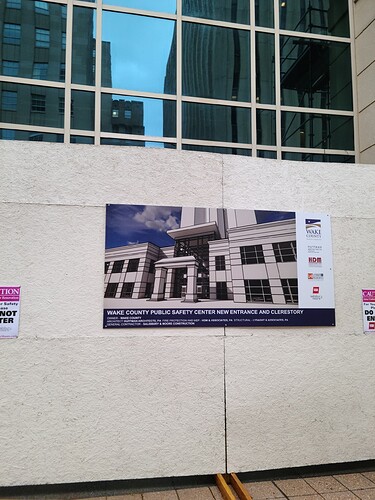 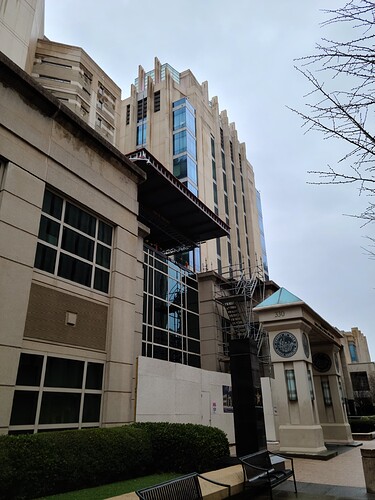 We actually walked by this this morning. I guess they’re adding an entrance.

The existing clerestory has historically had weather penetration problems. I’m sure there’s more to the renovation, but that leaking problem is a major factor in the work. 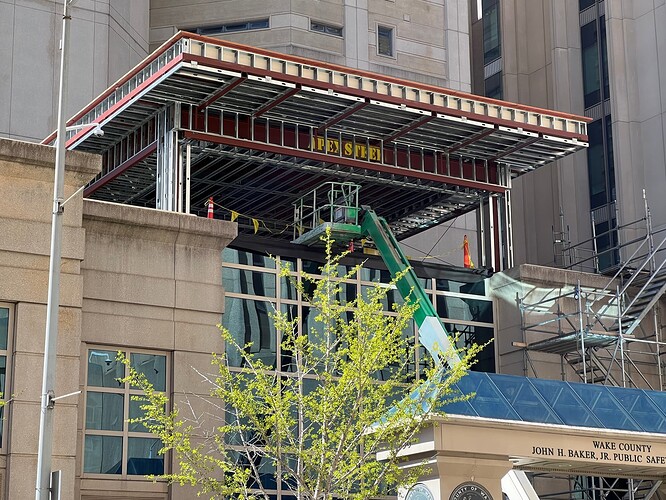 Why are the numbers different for “Top Crime Data” and “Total Yearly Incidence” The numbers vary for the same years?

An additional factor for increase in crime reported is that foot traffic and food and beverage sales in Glenwood South are 150% of prepandemic amounts. More people creates situation for more crime.

The first table/chart is Top Crime categories, Year-to-date. This is updated nightly.

The second table/chart shows the totals for an entire year which is why 2022 isn’t there. (we haven’t finished the year)

And the last table/chart shows the entire dataset for this area.

Probably going to do a blog post on crime in Glenwood South so dropping this here to share. This is the report from RPD from this weeks council meeting. 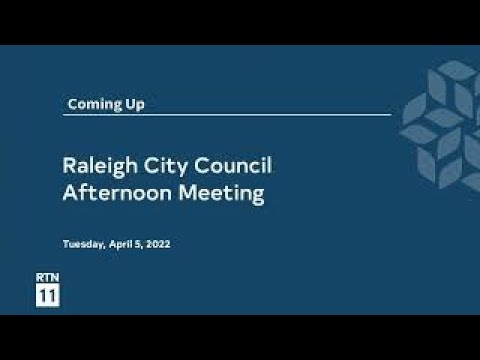