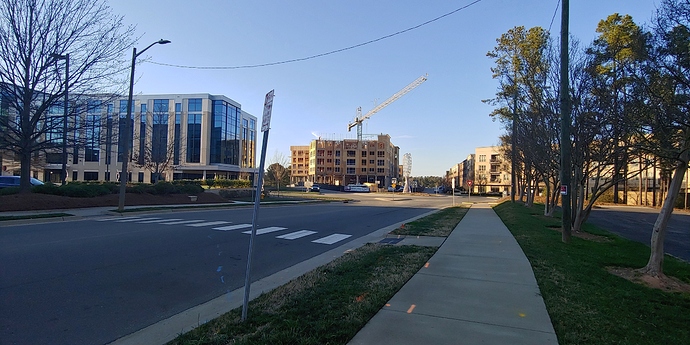 That would be goddamn amazing. But I see no chance of that. And now I’m extra sad lol

If Raleigh ever gets a project like Ponce City Market, I’ll be a very happy resident! I do love that building and everything in it. Super cool.

For those not familiar: https://poncecitymarket.com/

Jamestown who was behind adaptive use projects Ponce City Market, Chelsea Market and Ghirardelli Square is Grubb’s partner for Raleigh Iron Works

Ponce City Market spurred development for a whole quadrant of the City of Atlanta. Was a truly transformative project.
DT Raleigh still needs it’s “this is where I take my family from out of town” spot like that IMO. Hopefully there’s something like that on the docket. Still trying to learn everything in the works here!

We’re starting to get pockets like that, but not nearly to that scale.

I think the Cabarrus property Kane was going to develop could be a transformational project like Ponce, it just wouldn’t have the old building shell to start from and would need to be done from scratch.

The Water Works building on S. Fayetteville has a TON of potential if DoSo actually happens.

My 2 decade dream of Water Works turning into a destination of this sort will likely endure for at least another, but it’s still quite the possibility…

So much to be exited about in this city. I think the thing I like about most of these is how clustered most things are compared to Atlanta where you need a car to even get from one part of downtown to the other.

Such great perspective on this area…

You beat me to it. Even without the RLine operating, walking from Smoky Hollow to Glenwood South to Block 83 to the Warehouse District is a piece of cake. The entire west side of downtown is melding into one continuous experience. From there, it’s a very short walk to the very center of the city along Fayetteville St. I too share your excitement about what it’s becoming and how cohesive it’s becoming.

It’s such a stark difference from Atlanta where it’s like development / enjoyable places are like a dart board.
You have Ponce but it’s a good 2-3 miles from the center of Downtown and isn’t connected to transit. You have the stadium / Olympic area but that’s 3-4 miles from the restaurants / shopping of midtown then Buckhead is almost 5+ miles from there. All could be 30+ minutes driving with traffic.
Last week I walked from Glenwood South, through all of Fayetteville Street and back in less than a hour.

None of that was as a result of the new development though - it’s a result of the street plan that Raleigh originally laid out, something that’s sort of missing out in the more suburban parts of Raleigh with the mish mash of development activity that isn’t well coordinated with each other (something to keep in mind as downtown works it’s way south to Downtown South or north to North Hills)

Correct me if I’m wrong (I’d like to be wrong) but isn’t part of the problem with revitalizing the Bain Water Treatment plant the actual treatment ponds? I mean, I know the ponds are capped and have been for years, but to turn the building (which I love) into anything destination-y would certainly require a lot of investment on the former ponds. Right?

I’d argue that it’s not so much the typical grid plan that was originally laid out, rather more of the fact that the original city was so small. One can also be thankful that residents of Oakwood prevented a freeway from slicing through the city center.

While the Iron Works is more akin to the Ponce City Market, those opportunities are rare in Raleigh, which arguably prompts developers to look for more opportunities in downtown proper or its immediate edges.

Ponce City Market is great. My wife and I sometimes stop in when we are passing through Atlanta. I love the way it is on their beltline (which is like our Greenway system, not our beltline

I’m hoping the Iron Works can be similar (although smaller) for Raleigh. The involvement of Jamestown bodes well.

That’s an excellent point @John a small town that stay small till late in the 20th c. and then was kept whole by Oakwood folks who stopped the freeway. That there was so little industry in Raleigh effects many of development opportunity here. We just don’t have many big abandoned factories or warehouses. 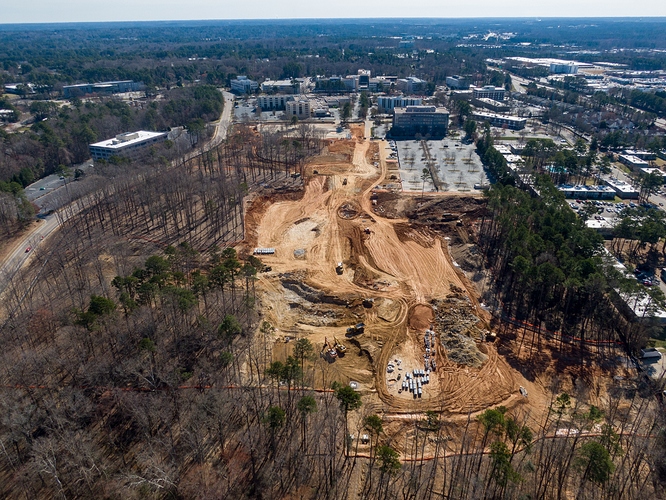 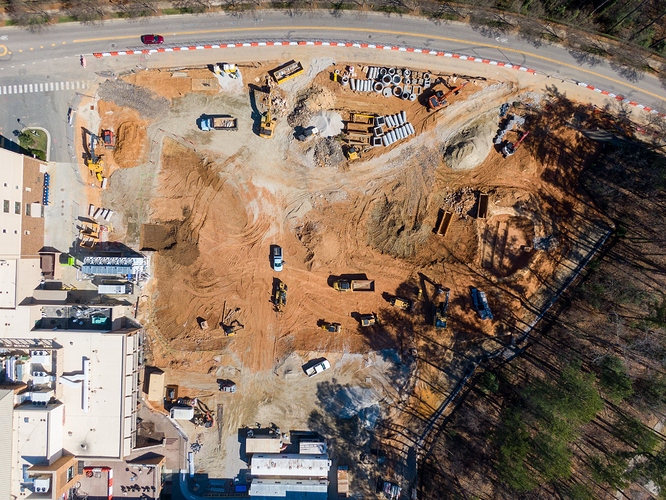 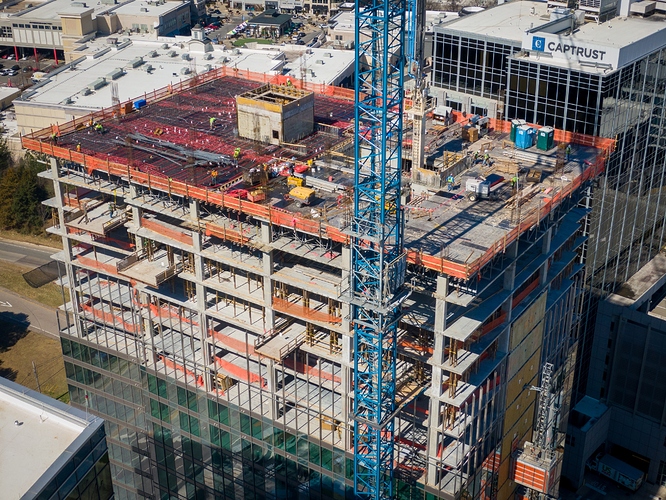 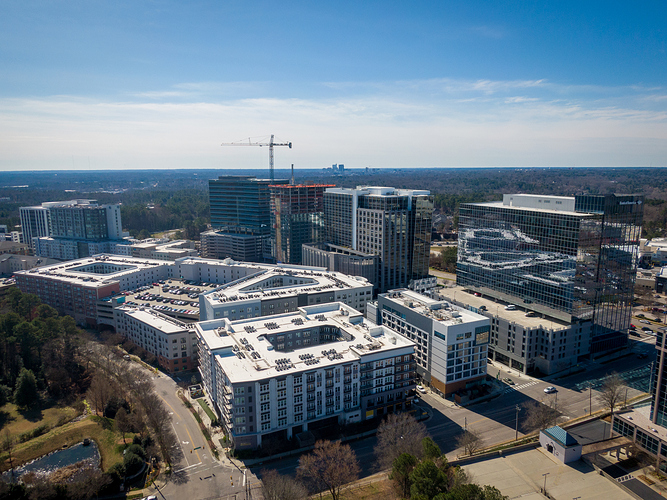 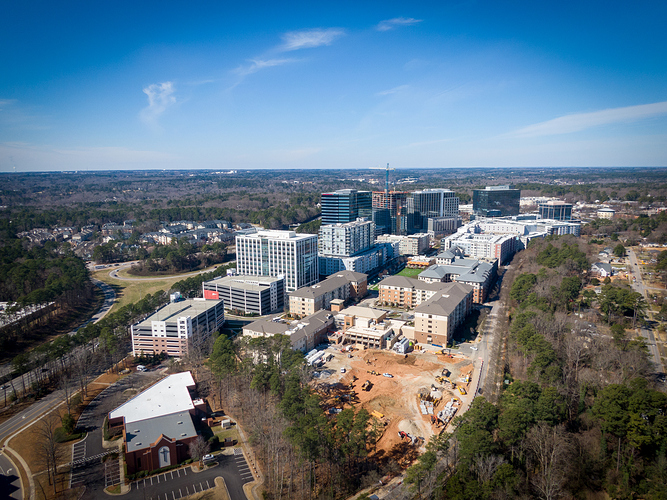 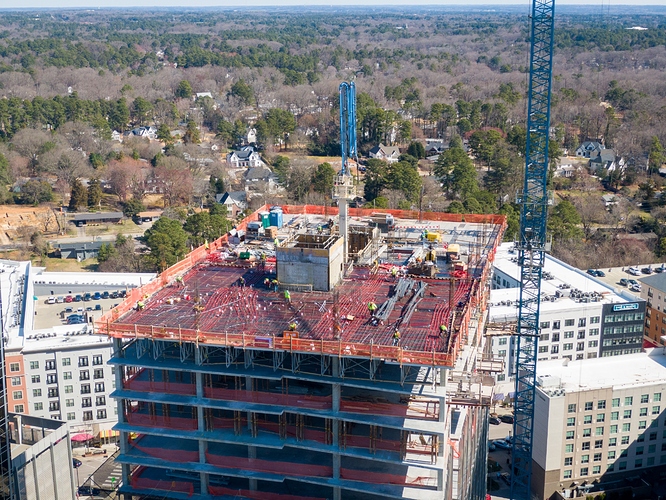 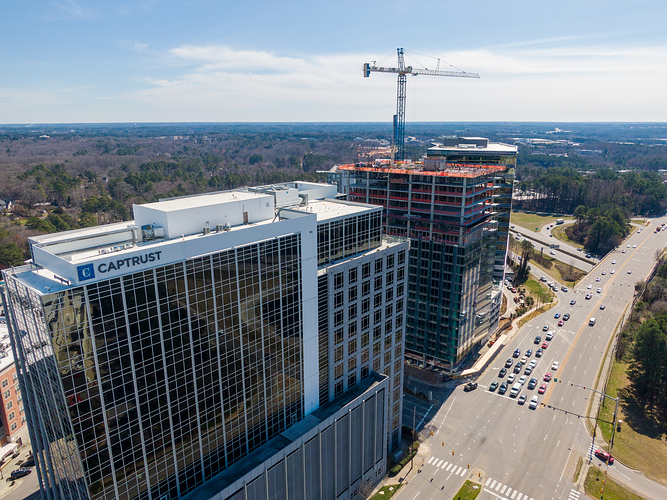 Another week or so until we have a new tallest at NH!

Great pics! I know there’s good reason for it, but the “pushing dirt around” phase of these projects seems to go on forever.