Branding Raleigh to the World

Well…the title may not sound so flashy, but with everyone’s help, title can be changed. I was watching a commercial about Charlotte and all the amenities that it has to offer, why not one for Raleigh. Asheville has one too as advertised for a vacation getaway. I was in Washington DC for a weekend trip, and while I was in my Hotel room, there was a travel commercial for North Carolina and i thought…maybe there should be one for Raleigh, just to focus on what Raleigh has to offer. So…let’s be real for a second, what does Raleigh have to offer visitors and new businesses, newcomers and corporate expansion. ( ??? )

7 Likes
Bloc 83 - One Glenwood and Origin Hotel
How DTR and Raleigh in General Markets Itself!
The Future of transit in Raleigh
RaleighCam January 20, 2019, 10:45pm #2

So the one pitch I give to my friends who live in bigger cities like Pittsburgh, Boston, Seattle etc is that Raleigh is a little city with big city things. It’s not the catchiest phrasing but it’s a good elevator pitch to explain to people what things are like here. We have a lot of the things you can do in bigger cities, sporting events, shows and concerts, museums, outdoor activities, 2 hrs to the beach 2hrs to the mountains, all that without the headaches of over congested downtowns.
Raleigh: Little city life with big city livin’.
(Idk the ad wizards can punch it up a bit )

Offline Raleigh recently produced a video for the Dillon as well (I did some drone work for it). Should be released soon. It’s only one building with its amenities but same concept and longer video highlighting the city would be cool!

Cool…would Love to see it.

I’d like the whole city to get behind one or two SOLID things that go toward our brand. I think a lot of people, including those at the visitor’s bureau and chamber think more is better. The problem with listing out coffee shops, bars, breweries, parks, etc. etc. etc. is that its the same as everyone else we’re competing with.

That makes Raleigh a commoditized product rather than a unique, high-quality place. I think that’s what a brand tries to steer us away from. The chamber types may not care that much cause at the end of the day, they are still driving visitors through a convention center, booking hotel stays, and can brag about landing big events and their big economic impacts. They’ve justified their job.

Just look at the latest Visit Raleigh video. Everything in it is great but it’s not conveying any kind of branding or unique message. It’s really just saying, “Hey, look at us. We’re like all of them too!”

I think we need to look at who is in charge of our city’s brand, the incentives behind it, and maybe how that needs to change.

Bingo…there you have it. a real community, real people, real activities that make Raleigh for who we are, so many cultures clashing and mixing and blending into so much more, and not "commoditized ", the video is quite amazing. Good or Bad, Raleigh strives to improve and evolve. way beyond southern hospitality

[Raleigh should be] not "commoditized ", the video is quite amazing [sic]

[The] latest Visit Raleigh video [is] not conveying any kind of branding or unique message. It’s really just saying, “Hey, look at us. We’re like all of them too!”

Forbes did a really good job capturing what cities like Raleigh (and MANY others) are guilty of:

in nearly all cases, the best city brands evolved organically, without the aid of the cities that benefited from them. All too often, they passively accept the image bestowed on them by [others, good or bad].
[…]
Worse yet are the cities that have struggled with clunky branding efforts because they’re desperate to appeal to the market segment they want, rather than build constructively on the image they already have.

Detroit probably has a really good hint that we may be able to use to our advantage, though.

When I think of effective branding campaigns, I’m reminded of the “Imported From Detroit” Chrysler commercial that aired during the 2011 Super Bowl. Although it’s intended to sell a car, it conveys a message of a city that’s been fortified by its troubles and is better for it. In fact, it conveys a message that Detroit seeks more people who fit that profile — willing and able to accept the challenge of seeking success in a tough environment.

This wasn’t something that the city wanted to embrace at first (remember that the Great Recession and the bailout of the auto industry happened just a few years before then). Even though city leaders didn’t feel up to the task, private industry was more willing to be objective and leverage the perception that the average American consumer really had of Detroit.

(Also see similar coverage from BBC, the Guardian, and the New York Times.)

we need to look at who is in charge of our city’s brand, the incentives behind it, and maybe how that needs to change.

…I don’t think any one person or entity really has “control” or “stake” over how Raleigh is perceived.

There’s some vague understanding that Raleigh is in the South, it’s a research/healthcare/tech hub (I’ve advocated on this forum before that this should be the core of a regional brand. More than once.), there’s a lot of universities nearby, and it’s pretty active and green as far as a metro region is concerned.

But none of those things answer who is from Raleigh. What are they capable of? Why do they matter? I don’t think anyone currently has control over an answer to that question… but maybe we should start by asking ourselves this, since it’s central to understanding our own brand.

my apologize by saying commoditized, but the video overall is great

I do indeed apologize for my misunderstanding

Leave the branding to people that are paid to do that. Plus we can’t generate culture–Charlotte tries to do that–ain’t no one buying it.

@maverick333 Yeah, the video is great. Lots of good stuff for sure and I’m into it 100%. But @keita gets what I’m trying to get at, something to think about for sure.

IMO, Raleigh’s biggest selling point is its location, vanilla as it is topographically (sorry, but I miss the mountains). What other cities are located within a short drive of both the mountains and the beach, both of which have very popular National Parks? Raleigh is also right at the halfway point along interstate 95. I forget where I read that some high percentage of the population of the USA lives within 50 miles of I-95. (statistics provided by the I-95 Corridor Coalition suggest that the region served is “over three times more densely populated than the U.S. average and as densely settled as much of Western Europe” - wiki) Unfortunately, I-95 is located 30ish miles east of Raleigh, rather than right by the city. How many millions of folks drive up and down I-95 every year and don’t even realize how close they are to Raleigh? On the other hand, I-95 goes right through the heart of Richmond, and you can’t miss it. I am not advocating having a major interstate run through the city, and all the segregation/disruption it would bring. But I am saying that THE primary transportation corridor for the entire East Coast is just beyond our city limits. Raleigh could/should be a major hub of transit based on its location.

haha, Atlanta is a disaster. If you look up “Urban Sprawl” It will say “Los Angeles, also see Atlanta”. haha

Leave the branding to people that are paid to do that.

Or…
Replace those persons…
Or…
Just do it ourselves…

With NC State providing technical and research guidance for the state on many environmental policies, the moniker “city of oaks”, greenways, stormwater remediation efforts, #2 state for solar, and city within a forest ideas, I really would love for Raleigh and the triangle in general to fully jump on board with branding as the clean tech/green capital of the east coast. The city should be planting trees and indigenous plants all over the place with innovative stormwater/rainwater usage.

My father’s company helped change NC plumbing code to allow rainwater to be plumbed inside homes for toilet flushing and we built a home in 2007 that included this. We also installed rainwater harvesting at NC State tennis courts, and there are a number of very well known researchers from this area making strides in biological water treatment. We need to build the southern gateway net zero building and use that as the beacon for all this momentum. See also: 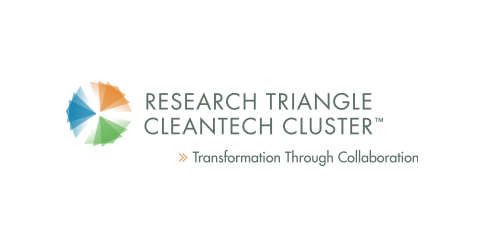 Our members are inventing and deploying smart transportation, water technologies, and grid solutions.

Compare the metro Raleigh-Durham interstates to our peer metros. Billboards, large signs etc. Our freeways are clear of billboards & clutter. The only areas billboards are permitted in Raleigh are in industrial areas. Love it or hate it, the City of Raleigh sign ordinance has kept signage uniform & in check. Some larger urban signs, such as seen (marquee type signs with individual bulbs) in San Diego should be permitted, if appropriate. It’s the forest and hills.

As much as us Raleigh folks hate to admit it, I think one of our greatest strengths is being the hub of the Triangle region and we should team up with our sister cities more often. For example, this video was one of the few things Google Fiber did right here.