Bloc 83 - One Glenwood and Origin Hotel

Office tower and hotel at the end of Glenwood Avenue.

It’s a shame that so much “building” has to be provided for the storage of cars. Thanks for the photo though; it’s nice to keep tabs on this from the comfort of my couch.

Well most people like driving places, so it’s not really a shame. Just a response to the people the project is trying to attract.

I’d counter that a bit …

One Glenwood also has a bike room / showers / gym planned which will open up that commute option for those that work there (which is awesome!) It’s also on GoTriangle and GoRaleigh bus lines, the Rline AND is adjacent to Union Station so it’s set up pretty nicely for those that’d prefer not to drive (raises hand). More info on the building amenities: http://www.trinity-partners.com/listing/one-glenwood/

What’s unfortunate (not shameful) is that DTR lacks the sort of employment gravity that will make a reduced automobile, public transit oriented city economically viable. I love DTR, but I only use it for pleasure/entertainment, and I know a ton of my peers are in the same boat. They work in the burbs, but prefer to live near DT. If a majority of the suburban office park in a 20 mile radius around Raleigh was concentrated into several 60 story towers, then voila, we couldn’t build parking decks large enough to house those commuters, and we would have to invest in and utilize public transit. It would become a “we have to build transit infrastructure” vs. “we should build transit infrastructure”. Hopefully the improvements that we are making via the Wake Transit plan will be a proverbial egg before the chicken of office buildings being built vertically downtown instead of sprawled out in RTP, Morrisville, PIttsboro, or Cary.

We all get the development that our infrastructure model demands. We plan and build our infrastructure for cars, and we get more cars. It’s not rocket science.
I am most encouraged by the city’s investment in bike lanes, bike share, widened sidewalks, etc. I’m also encouraged by private developers offering urban housing, mixed use retail (finally), and entertainment options.

Yes, those are encouraging. If we really want and value an urban transit experience in DTR then we must hope for HQ2, which will build towers DT if they come according to recent reports. It will create a center of gravity that requires increased mobility. The question is do we want Raleigh to qualitatively change that much to get the ancillary benefits of transit investment and a big skyline.

This building is making a big impact on the skyline: 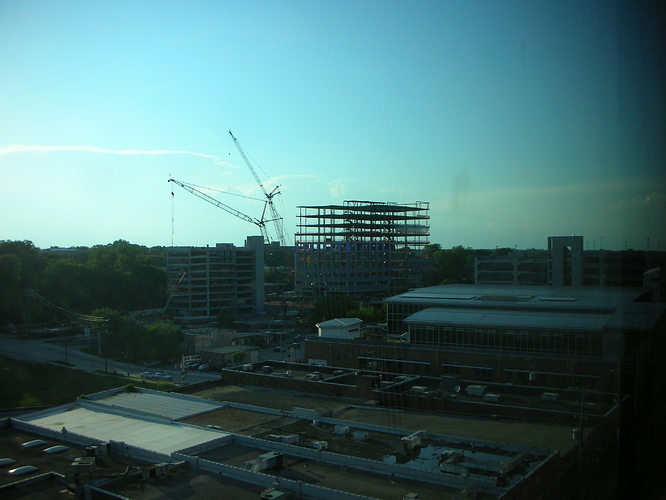 Downtown Raleigh and Glenwood South are changing By Leaps and Bounds, Let’s hope that this momentum continues to grow.

This project is really moving fast. I’m hoping to see the street cleaned up and open by this time next year! 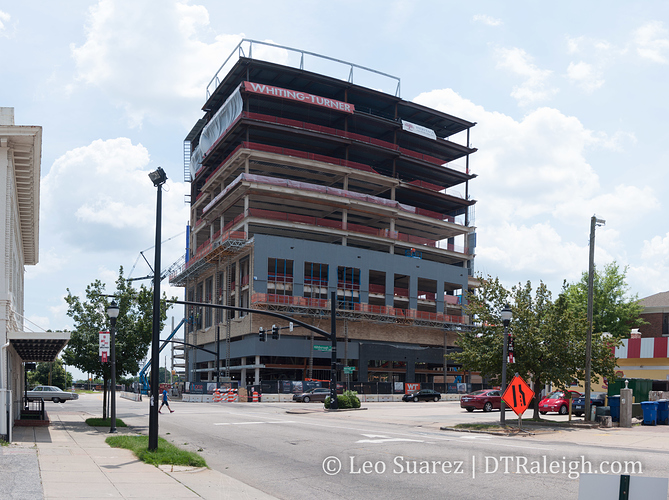 Scratch that. I just looked it up and they want to deliver this by this Winter. I think at this pace, it should be ready by then.

@Leo, I was going to say something similar about the expectation being too time generous. I’m glad that this is really moving along.

I think the exterior lighting in the renderings is pretty unique and will add some real distinction to the building. For a ten story building, this will have quite an impact. 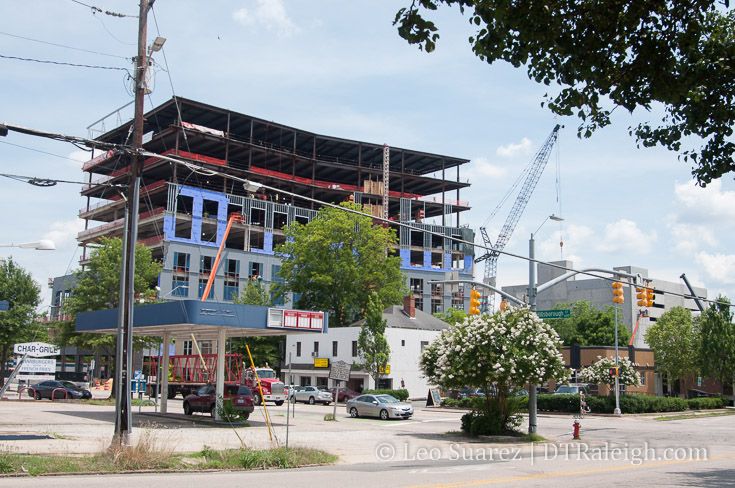 Char-Grill will be surrounded once those other yet announced projects start construction for sure.

Thank you for the photos. I look forward to seeing the progress in person when I visit family in Raleigh later this year.

It’s a lot better that all the surface parking that is taking up so much space around downtown. I’ll take one of these structures over ten surface lots any day.